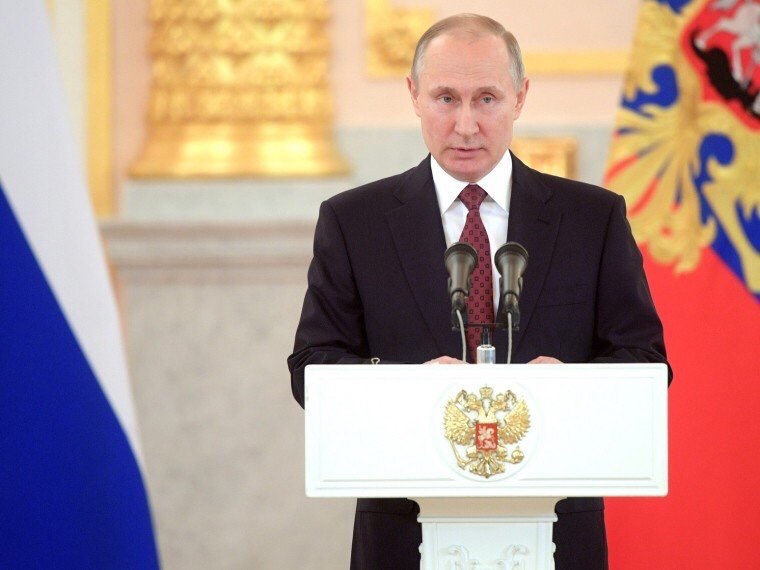 MOSCOW (AP) — Vladimir Putin has taken the oath of office for his fourth term as Russian president, in a ceremony in an ornate Kremlin hall glimmering with gold leaf. 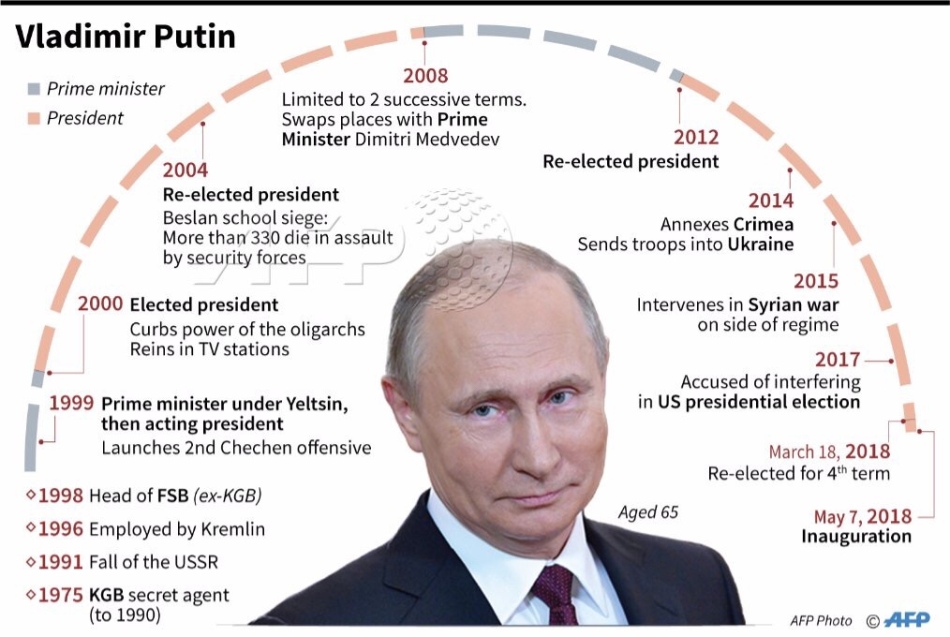 Putin won the six-year term in March elections where he tallied 77 percent of the vote.

Putin effectively has been the leader of Russia for all of the 21st century. He stepped down from the presidency in 2008 because of term limits, but was named prime minister and continued to steer the country until he returned as president in 2012.