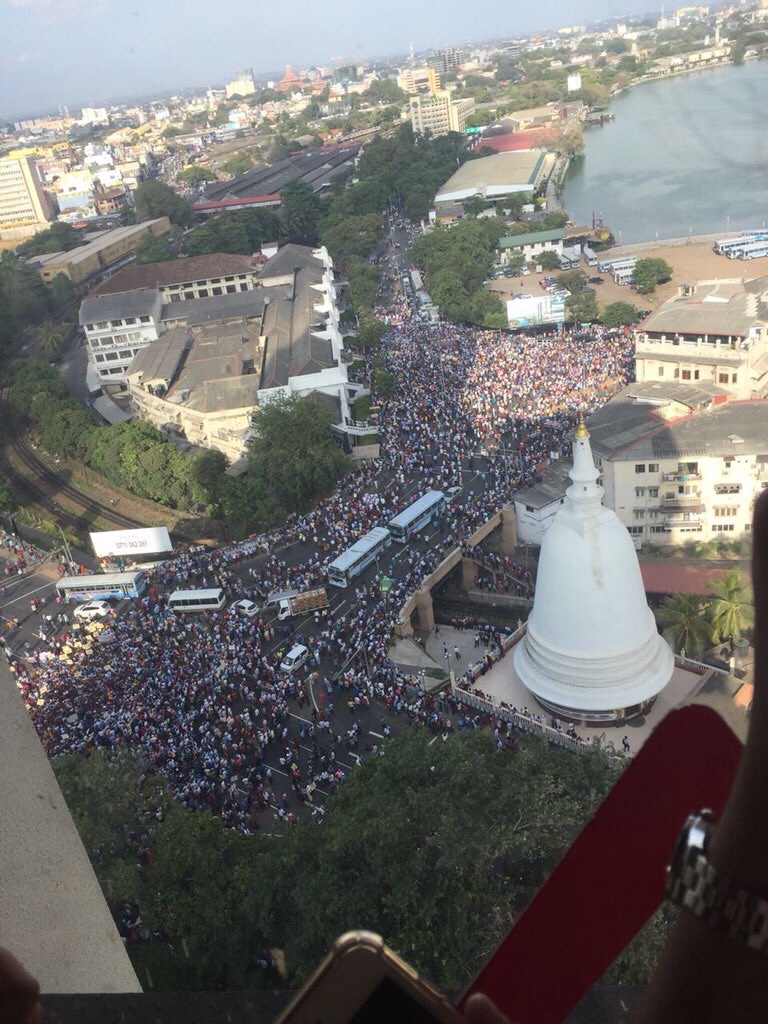 COLOMBO, Sri Lanka — Tens of thousands of opposition supporters marched in Sri Lanka’s capital on Wednesday to demand the government step down, accusing it of corruption and selling national assets to foreign nations. 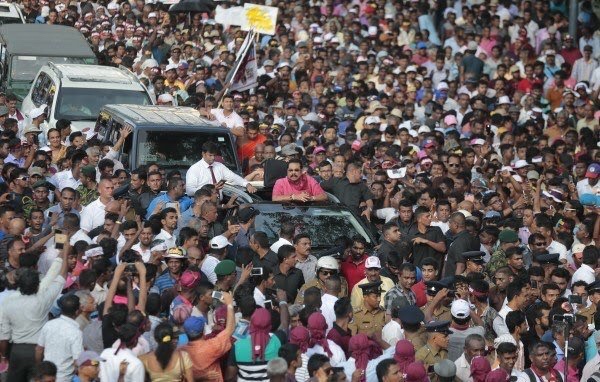 The activists loyal to former President Mahinda Rajapaksa walked along several main roads in Colombo, shouting slogans and holding placards, before gathering near the president’s office and launching a sit-in protest on a main road.

It was the first major opposition protest since Rajapaksa’s party won control of a majority of local councils in elections last February.

Opposition lawmaker Prasanna Ranathunga said the government made many promises when it took power three years ago. “It has failed to fulfil the promises given to the people, and instead it has heaped the burden on the people due to its inefficiency and malpractices,” he said. 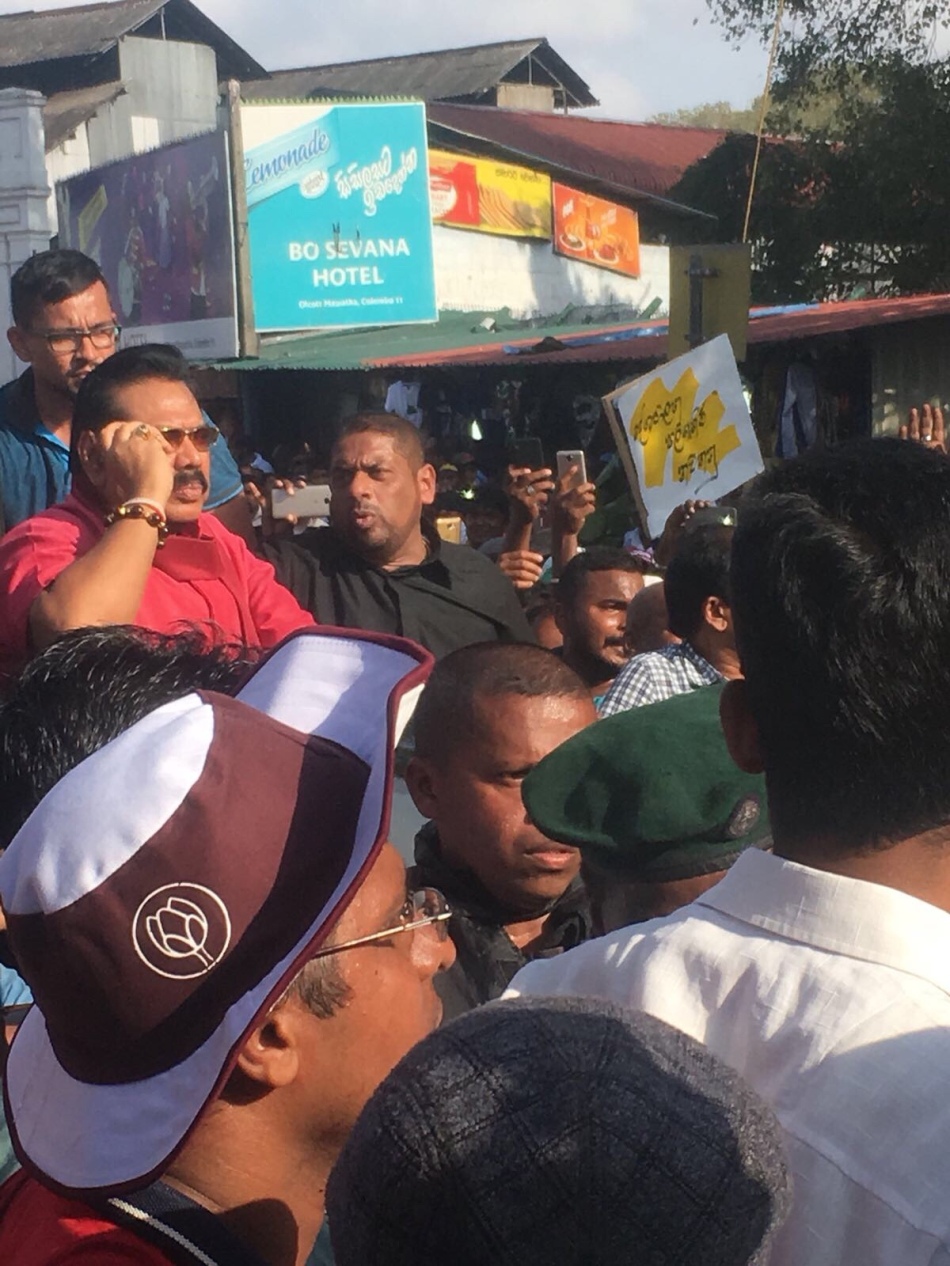 The government was elected on a platform of good governance but its image was marred in 2015 by a central bank scandal that led to the resignation of a key minister.

Ranathunga said the government does not understand the displeasure and disappointment of the people. “Therefore, people should express their anger in a way that is heard by the government. People have gathered today to do that,” he said.

Rajapaksa loyalists criticize the government for selling national assets to foreign countries, including the leasing of a sea port to China for 99 years.

Government spokesmen did not answer phone calls seeking a comment.

Rajapaksa ruled Sri Lanka for nine years beginning in 2005 and was widely expected to win an unprecedented third term in elections in 2015. He had built up immense power and was popular among the country’s majority ethnic Sinhalese after overseeing the military’s brutal defeat of ethnic Tamil rebels in 2009, ending a 25-year civil war. Some supporters even hailed him as a king and a savior.

But he was increasingly criticized for failing to allow an investigation of alleged war crimes by the military, while also facing mounting allegations of corruption and nepotism. He lost the 2015 election to his own health minister, Maithripala Sirisena, who launched a last-minute campaign.

Rajapaksa’s followers accuse Sirisena’s government of betraying the country and the military by promising an independent investigation of alleged atrocities by both the military and the rebels, as demanded by the United Nations. Those who oppose such an investigation say the U.N. is meddling in Sri Lanka’s sovereign affairs.