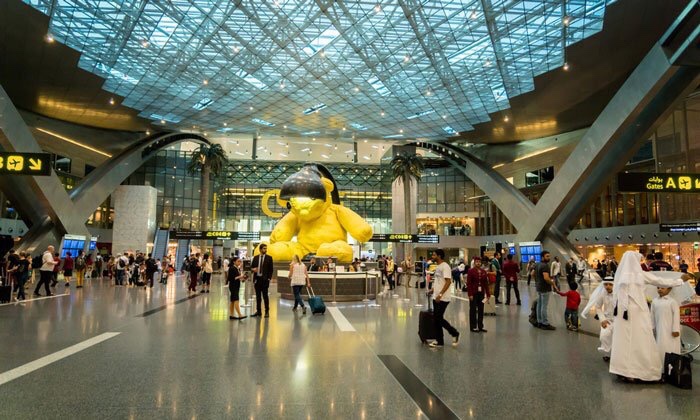 Qatar’s Hamad International was named the best airport in the world , according to AirHelp.

Looking at 133 airports all over the world,AirHelp used a combination of flight data and customer input, ranking each airport based on timeliness (60%), quality of service (20%) and availability of food and shops (20%) for travelers.

Among the best global airlines, Qatar Airways is followed by American Airlines at number 2 and Aeromexico at number 3.

For on-time performance, AirHelp gathers arrival and departure statistics for every plane and calculate how many of an airline’s flights are on schedule. For service quality, AirHelp surveyed thousands of air passengers around the world and asked them to rate the food, comfort and crew of their most used airlines while claim processing relates to how efficiently airlines handle compensation claims, including how long it takes them to pay out.

For airport ranking too, score was calculated on multiple factors. For on-time performance, AirHelp used the on-time performance statistics for every airport to calculate how likely it is that your flight will be on time. For service quality, AirHelp asked thousands of people from around the world to tell it about customer service, queues and cleanliness at their local airports.

For ranking of airports, another criterion was food and shops. Via extensive surveys, AirHelp asked thousands of people to rate airports’ eating and shopping options. Looking at 133 airports all over the world, AirHelp used a combination of flight data and customer input, ranking each airport based on timeliness (60%), quality of service (20%) and availability of food and shops (20%) for travelers, Forbes reported. Hamad International Airport was named best airport in the world for its on-time record and plethora of shops for travellers.