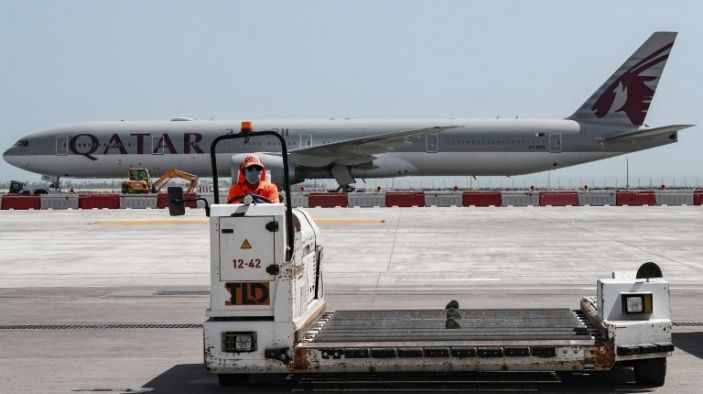 Doha (AFP) – Qatar Airways said Wednesday it will seek $5 billion in compensation from Saudi Arabia, the UAE, Bahrain and Egypt for closing their airspace to the flag carrier as part of a regional feud.

The overflight restrictions are part of a raft of measures taken by the Saudi-led quartet since June 2017 as part of efforts to pressure Qatar over alleged support for radical Islamist movements and Iran. Doha denies the charges.

“The arbitrations seek redress for the blockading states’ actions to remove Qatar Airways from their markets and to forbid the airline from flying over their airspace,” the airline said in a statement, adding that at least $5 billion would be sought.

“These measures specifically targeted Qatar Airways, with the objective of shuttering Qatar Airways’ local operations, destroying the value of the airline’s investments and causing widespread damage to Qatar Airways’ global network of operations.”

Saudi Arabia and the United Arab Emirates said they respected the decision, but denied the ruling dealt with the merits of the case.

The UAE said it would “put its legal case to ICAO supporting the right to close its airspace to Qatari aircraft”.

The ICAO in 2018 ruled it had the jurisdiction to handle the dispute brought by Qatar, which accused its neighbours of violating a convention that regulates the free passage of its passenger planes through foreign airspace.

But Doha’s rivals disagreed, saying the ICAO was not the right body to judge in the dispute and that its decision to do so was “manifestly flawed and in violation of fundamental principles of due process and the right to be heard”.

They then unsuccessfully asked the ICJ to declare the aviation body’s ruling “null and void and without effect”.

Qatar Airways said it had brought four arbitration actions under three separate treaties, which each provide for such action to be taken in the event of disputes.

“After more than three years of efforts to resolve the crisis amicably through dialogue yielded no results, we have taken the decision to issue Notices of Arbitration and pursue all legal remedies to protect our rights and secure full compensation for the violations,” said the airline’s chief executive, Akbar al-Baker, according to the statement.

“By imposing the measures against Qatar Airways, the blockading states have violated their obligations under the agreements, including by expropriating and failing to adequately protect and secure Qatar Airways investments,” the statement added.

Qatar Airways is the second largest airline in the Middle East after Dubai-based Emirates, operating a modern fleet of 250 aircraft.

Since the start of the air embargo, the national carrier has posted losses of hundreds of millions of dollars.