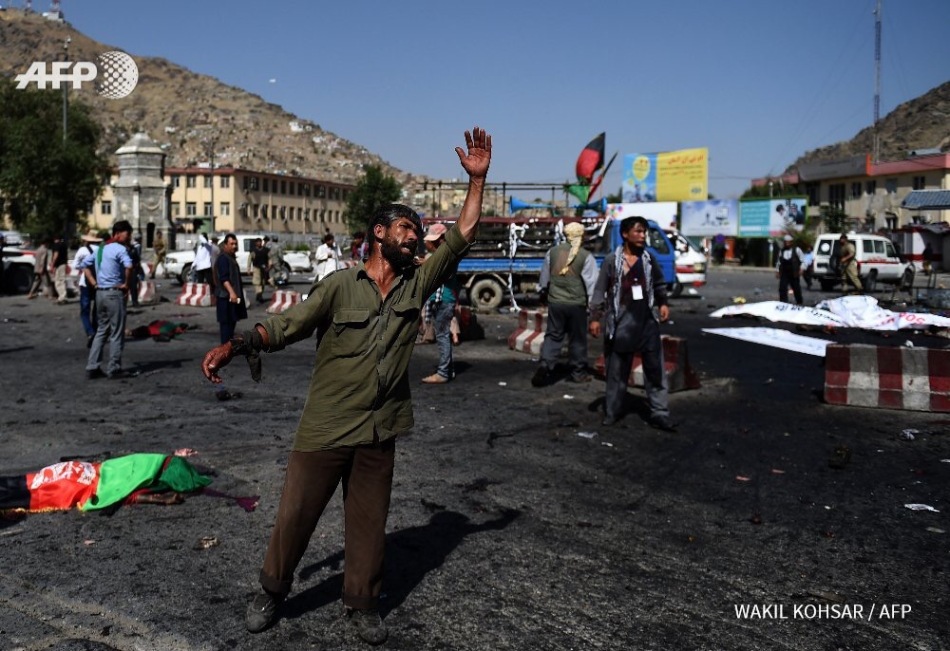 Up to 80 were feared dead as IS group claims twin blasts during Kabul protest.

Charred bodies and dismembered limbs littered the scene of the attack, with ambulances struggling to reach the site as authorities had overnight blocked key intersections with stacked shipping containers to control movement of the protesters.The bombings during a huge protest over a power line mark the first major IS assault on Kabul, apparently aimed at sowing sectarian discord in a country well known for Shia-Sunni harmony.