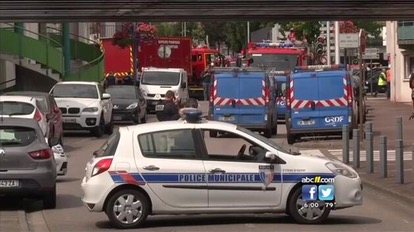 CNN-One hostage has been killed in a standoff in a church in the town of Saint-Etienne-du-Rouvray, in France’s Normandy region Tuesday, CNN affiliate BFMTV reports.

The standoff is over and the two hostage-takers were neutralized, the French broadcaster reported.
Meanwhile French PM Valls expresses ‘horror at barbaric attack on church’.

0 comments on “Hostage situation in France under control”