By Rozanna Latiff and Praveen Menon | KUALA LUMPUR
Thousands of anti-government protesters marched in Malaysia’s capital on Saturday demanding the resignation of Prime Minister Najib Razak over his alleged involvement in a multi-billion dollar misappropriation scandal.
Clad in yellow shirts and unfazed by arrests of activists and opposition leaders just hours before the rally, protesters marched from various spots towards the heart of Kuala Lumpur amid tight security.
The mood among those gathered was festive, with drums and vuvuzelas heard along with speeches, songs and chants by participants calling for a clean Malaysia and people power.

The demonstration is unlikely to shake Najib, who has denied wrongdoing and weathered the crisis, consolidating power by cracking down on dissenters and curbing media groups and activists.
The head of pro-democracy group Bersih – the organizers of Saturday’s rally – was arrested on Friday, along with several other supporters of the demonstration, including opposition leaders and student activists.
Police have said the Bersih rally is illegal.
“We are not here to bring down the country. We love this country! We are not here to tear down the government, we’re here to strengthen it,” Bersih deputy chair Shahrul Aman Shaari told the crowds gathered at the National Mosque.
Another Bersih leader Hishamuddin Rais was arrested on Saturday at the protest area, with police also issuing warnings to other participants. State news agency Bernama said about 7,000 policemen will be on duty near the protest area.
“Our country is being governed by clowns and crooks. So I’m here to protest against our prime minister,” said artist Fahmi Reza, holding a poster of a clown-faced Najib.

In a speech uploaded on his website on Friday, Najib said the protesters were “a tool of the opposition”.
“Their movement is deceitful. It is clear that these street protests are in fact the opposition disguised as an independent NGO working to unseat a democratically elected government,” said Najib, who is in Peru to attend the Asia-Pacific Economic Cooperation (APEC) summit. 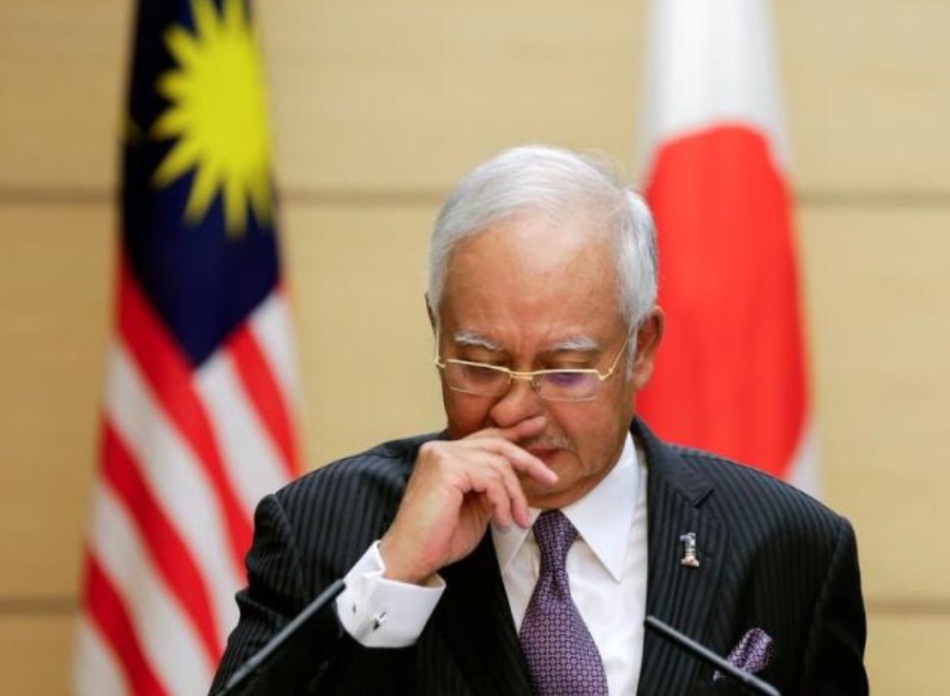 Azalina Othman Said, a minister in the Prime Minister’s Department, on Saturday said it was unlawful for any party to try to unseat a democratically-elected government via street protests.
TENSIONS
Fears of clashes between Bersih and a pro-Najib group called Red Shirts mounted this week after the latter threatened to target Bersih supporters.
The Red Shirts also rallied on Saturday, marching from the headquarters of the ruling United Malays National Organisation (UMNO) party towards Dataran Merdeka, or Independence Square, where the Bersih rally is expected to converge. The Red Shirts’ rally has also been declared illegal.
Jamal Yunos, an UMNO member and leader of the Red Shirts, was arrested before the protests began.
A six-week campaign by Bersih ahead of the rally was marred by several violent confrontations with the Red Shirts, and anonymous death threats have been sent to Bersih chairwoman Maria Chin Abdullah.
Jamal has warned of a repeat of racial riots in 1969 that killed hundreds in clashes between Malays and ethnic Chinese.
Ethnic Chinese and Indian minorities formed the bulk of a similar rally of more than 200,000 organized by Bersih last year, after the Wall Street Journal reported that around $700 million from state fund 1MDB was diverted into the personal bank account of the prime minister.
Najib ran into further trouble this year when lawsuits filed by the U.S. Justice Department in July said over $3.5 billion was stolen from 1MDB, which was founded by Najib, and that some of those funds flowed into the accounts of “Malaysian Official 1”, whom U.S. and Malaysian officials have identified as Najib.
Najib has taken steps critics say aim to limit discussion of the scandal, such as sacking a deputy prime minister, replacing the attorney-general and suspending newspapers and blocking websites.
He retains significant support within UMNO and from the long-ruling Barisan Nasional coalition.
(Additional reporting by Joseph Sipalan; Writing by A. Ananthalakshmi; Editing by Tom Hogue)