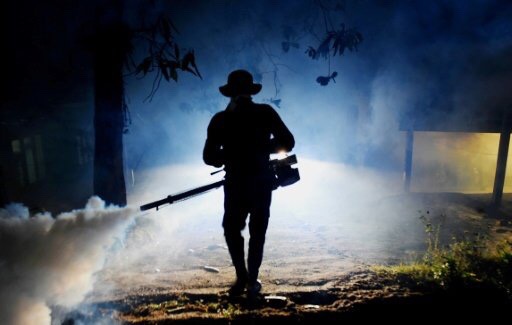 COLOMBO (AFP) – Australia will join Sri Lanka in its war on dengue fever, Foreign Minister Julie Bishop said Wednesday, as the virus has claimed a record 250 lives and infected nearly 100,000 people in the South Asian country this year.

Sri Lanka has deployed hundreds of troops to destroy mosquito breeding grounds as it battles to control the spread of the mosquito-borne virus, which has been unprecedented and caught authorities off guard.

Humid monsoon weather, stagnant water from recent flooding, as well as mounting piles of rotting garbage accumulating in the capital, have combined to create abundant areas for mosquitoes to multiply.

Official figures show about 250 deaths so far this year compared to 78 for the whole of last year, when only about 55,000 infections were reported.

“It prevents the dengue virus from being transmitted between people,” she said. “It also has the ability to block other mosquito-borne diseases such as zika and chikumgunya.”

Bishop made the announcement after talks with her Sri Lankan counterpart Ravi Karunanayake.
Authorities have blamed a garbage disposal crisis in Colombo for the unusually large infections.

Stagnant water left behind after last month’s flooding was also seen as contributing to the spread of dengue.