The UN refugee agency says it is alarmed by a mob attack on Rohingya Muslim refugees in Sri Lanka as senior government officials called for stern legal action against the perpetrators that included Buddhist monks.

The reaction of the United Nations High Commissioner for Refugees came a day after a group led by Buddhist monks stormed a United Nations-run safe house for 31 Rohingya Muslims, claiming that they were terrorists and demanding they be sent back to Myanmar, prompting police to relocate them. 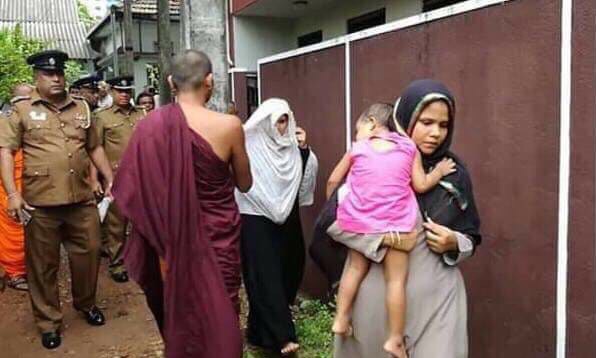 Dozens of protesters from Sri Lanka’s majority Buddhist community led a mob Tuesday that entered a multi-storied house at Mount Lavinia on the outskirts of the Sri Lankan capital.
Finance and media minister Mangala Samaraweera on Wednesday condemned the attack and called for strong action against perpetrators. 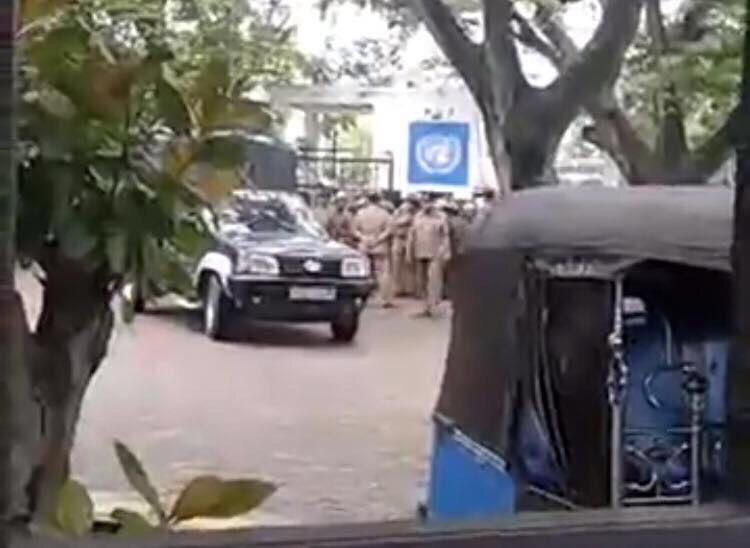 Saffron-robed Buddhist monks led a mob that broke down gates and entered the walled multi-storied compound at the Mount Lavinia suburb of Colombo as frightened refugees huddled together in upstairs rooms, a police official said.

Two police were wounded in the incident, which also saw the mob pelt stones at the safe house and trash the ground floor furnishings upon entry.

There were no reports of casualties among the group of refugees, which included 16 children.

“We have pushed back the mob and the refugees have been relocated in a safer place,” the official told AFP, asking not to be named as he was not authorised to speak to the media.

Police said they were going through local media video footage as well as Facebook in the hopes of arresting those who took part in the violence, and the monks who incited them.

One of the monks who stormed the building posted a video on the social networking site filmed by his radical group Sinhale Jathika Balamuluwa (Sinhalese National Force) as he urged others to join him and smash the premises. 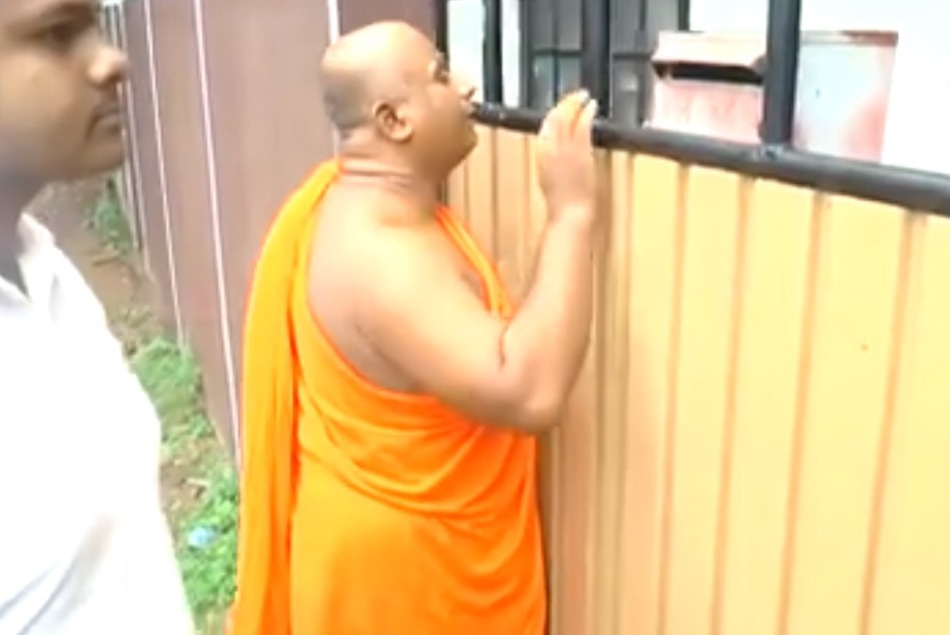 “These are Rohingya terrorists who killed Buddhist monks in Myanmar,” the monk said in his live commentary, pointing to Rohingya mothers with small children in their arms.

The 31 Rohingya refugees were rescued by the Sri Lankan navy about five months ago after they were found drifting in a boat off the island’s northern waters. They were thought to be victims of a people smuggler.

They were eventually to be resettled in a third country, the official said, adding that they were authorised to remain in Sri Lanka pending the processing of their papers.

Sri Lanka’s extremist Buddhist monks have close links with their ultra-nationalist counterparts in Myanmar. Both have been accused of orchestrating violence against minority Muslims in the two countries.

Hundreds of thousands of Rohingya Muslims have fled Myanmar in the face of the current wave of violence there.

The Rohingya Muslims have been the target of decades of state-backed persecution and discrimination in mainly Buddhist Myanmar.

Many view them as illegal immigrants from Bangladesh, despite their long-established roots in the country.