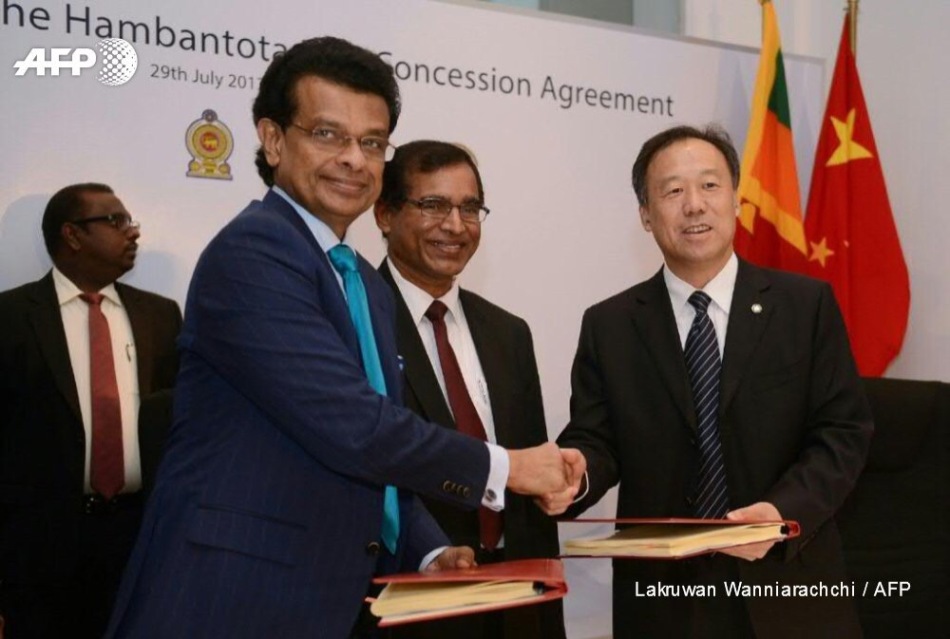 Colombo (AFP) – Sri Lanka Saturday handed over a deep-sea port to a Chinese firm, in a deal agreed to boost the cash-strapped island’s finances that has raised concerns at home and abroad over Beijing’s growing influence.

The $1.12 billion deal first announced in July lets a Chinese state company take over the southern port of Hambantota, which straddles the world’s busiest east-west shipping route, on a 99-year lease.

“With the signing of the agreement today the Treasury has received $300 million,” Prime Minister Ranil Wickremesinghe said at a ceremony in the capital to mark the handover.

“This is the beginning of our debt settlement,” Wickremesinghe said.

The loss-making port will now be jointly managed by the state-owned Sri Lanka Port Authority and China Merchants Port Holdings.

The deal has raised concerns at home and overseas, where countries such as India and the United States are known to be worried that China getting a foothold at the deep-sea port could give it a military naval advantage in the Indian Ocean.

On Friday Sri Lanka’s parliament approved wide-ranging tax concessions for the port deal, including a tax holiday of up to 32 years for the Chinese firm, that opposition parties objected to.

“Please tell this House the details of very favourable tax concessions you gave China on the deal. What are you getting out of it?” Anura Dissanayake, an opposition law marker asked in parliament Saturday.

Sri Lanka has said it wants to reduce its high foreign debt with the proceeds of the Hambantota port deal, and is selling off some other enterprises to raise revenue.