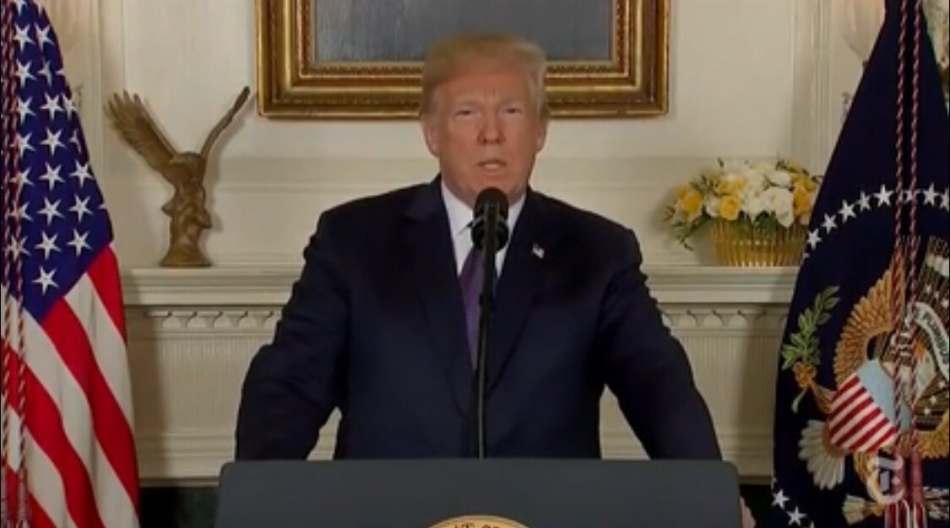 Mr. Trump said Britain and France had joined the United States in the strikes, which he said were underway.

“These are not the actions of a man. They are crimes of a monster instead,” Mr. Trump, in a televised nighttime address from the White House Diplomatic Room, said of the chemical attacks that he blamed on Mr. Assad.

He said the allied strikes of precision weapons sought to deter the production, spread and use of chemical weapons as “a vital national security interest of the United States.”

“We are prepared to sustain this response until the Syrian regime stops its use of prohibited chemical agents,” Mr. Trump said.

The strikes risked pulling the United States deeper into the complex, multi-sided war in Syria from which Mr. Trump only last week said he wanted to withdraw. They also raised the possibility of confrontation with Russia and Iran, both of which have military forces in Syria to support Mr. Assad.

Residents of Damascus woke to the sounds of multiple explosions shaking the city before the dawn call to prayer. The capital and the hills are surrounded by military facilities, and it appeared that these were among the first targets.

Syrian state television said government air defense systems were responding to “the American aggression” and aired video of missiles being fired into a dark night sky. It was not clear if they hit anything. It reported that 13 missiles had been shot down by Syrian air defenses near Al-Kiswa, a town south of Damascus.

The Syrian Observatory for Human Rights said a scientific research center and military bases near Damascus were hit, including the Syrian Army’s 4th Division and Republican guard.

In London, Prime Minister Theresa May of Britain said the allied strikes on the Syrian government’s chemical weapons capability aimed not only to protect innocent civilians, but also to prevent such attacks from becoming an international norm.

“We have sought to use every possible diplomatic channel to achieve this,” Mrs. May said in a statement.

In choosing to strike, it appeared that Mr. Trump’s desire to punish Mr. Assad for what he called a “barbaric act” — and make good on his tweets promising action this week — outweighed his desire to limit the United States’ military involvement in the conflict, at least in the short term.

The strikes marked the second time that Mr. Trump has attacked Syria to punish the government after it was accused of using chemical weapons. The White House had sought to craft a response that would be more robust than the attack last April, when the United States fired 59 Tomahawk cruise missiles at a Syrian air base that was back in use a day later.

France and Britain joined the United States in planning the latest fusillade of missiles against Mr. Assad’s government, presenting an allied condemnation of the April 7 suspected chemical attack in the town of Douma.

Germany, however, refused to take part in the coordinated military action in Syria, even though Chancellor Angela Merkel called the use of chemical weapons “unacceptable.”

The missiles struck Syria shortly after 4 a.m. local time on Saturday. A fact-finding mission from the Organization for the Prohibition of Chemical Weapons was to begin investigating the incident on Saturday in Douma, which had been held by rebels before the suspected attack. The mission’s job was only to determine whether chemical weapons had been used, not who had used them. 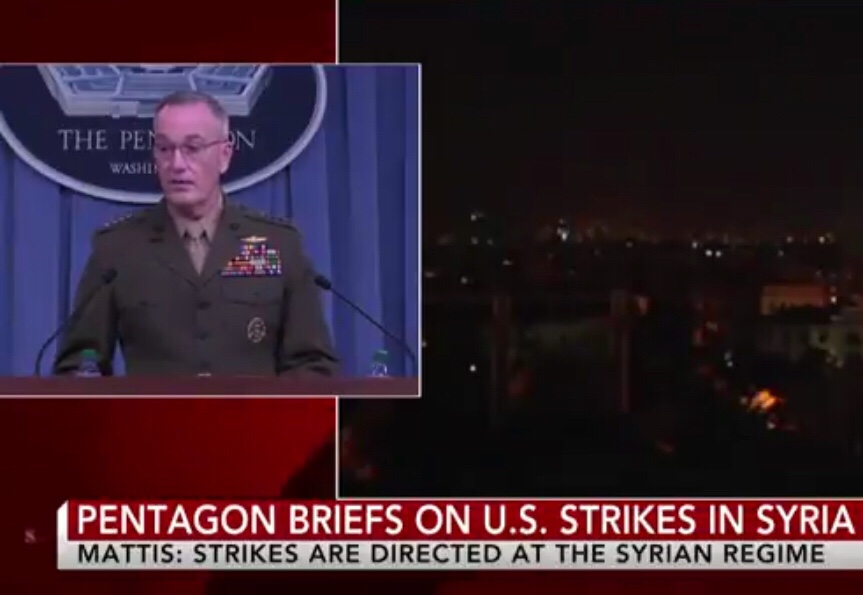