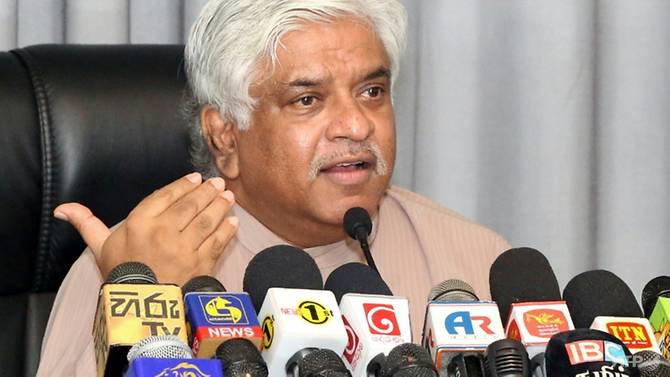 COLOMBO: World Cup-winning skipper Arjuna Ranatunga on Wednesday (May 30) said corruption “goes right to the top” in Sri Lanka and accused the International Cricket Council of undermining the game by failing to tackle match-fixing.

Ranatunga, now a government minister, said cricket corruption in Sri Lanka went far beyond the claims made in an Al Jazeera documentary which aired on Sunday.

Ranatunga said the allegations must be investigated, “but this must have been happening for a long time.

“This is something that goes right to the top (in Sri Lanka). What they will catch is the small fish. As usual the bigger fish will get away,” he said.

The documentary alleged that a Sri Lankan player and groundsman were involved a pitch-tampering plot and that there was spot-fixing during Tests between India and England, and India against Australia.

“I am so disappointed with the ICC anti-corruption unit,” Ranatunga said, referring to previous complaints against Sri Lanka Cricket, which is headed by politician and businessman Thilanga Sumathipala.

“If they can’t see what is happening in Sri Lanka … they should not sit on this anti-corruption unit,” Ranatunga told reporters.

He said the Sri Lankans implicated in the Al Jazeera documentary could not change the outcome of a Test match unless they had backing from superiors.

“They are small fish,” Ranatunga said referring to the groundsman of the Galle stadium, Tharanga Indika, and a district coach, Tharindu Mendis.

“They can’t do it unless they have agreement with those right at the top.” 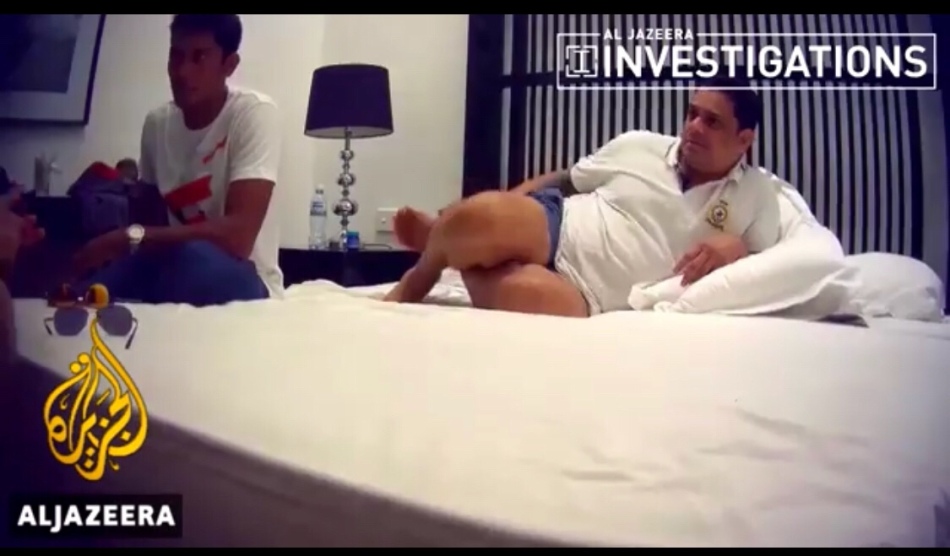 Indika and Mendis have been suspended while the ICC investigates accusations made in Al-Jazeera’s undercover report. Sri Lankan police have also started an inquiry.

Asked if the Galle groundsman was in a position to tamper with the pitch, Ranatunga said: “There is a top guy involved. He should be held responsible. He should be suspended, not only the person who got (directly) involved.”

Ranatunga said the global audience for cricket was declining because of corruption allegations. He blamed the ICC.

“The ACU has been very poor. They have not used some of their powers and I think that is one reason why cricket has gone down very badly in the world in the last so many years.

“They (the ICC) need to take a big step and take a lot of hard decisions,” Ranatunga added.

Sri Lanka, batting first, scored 274-6 off 50 overs and appeared in a commanding position when Indian superstar Sachin Tendulkar was caught for 18. But India turned the game dramatically, thanks partly to poor fielding and bowling by Sri Lanka.

Local media raised suspicions of Sri Lankans throwing the match, but there was no formal call for an investigation until Ranatunga’s outburst last year.

In 2016, the ICC imposed a three-year ban on a Sri Lankan official, Jayananda Warnaweera, for failing to cooperate with an anti-corruption investigation.

The former Test player, who was facing a two-year domestic ban over allegations of involvement in match-fixing, failed to attend interviews with ICC investigators.

Sri Lankan players and umpires have been accused of match-fixing in the past, but Warnaweera is the highest ranking official to be sanctioned.