With barely days left for elections in Pakistan, PTI leader Imran Khan seems to have fresh trouble on his hands.

Months after excerpts from her manuscript were leaked, Imran’s former wife Reham Khan’s book finally came out on Thursday. Reham writes in depth about her 10-month marriage, detailing the political atmosphere and the leaders in Pakistan at that point.

Interestingly, she also writes about how Imran would talk often about his future as the Prime Minister of Pakistan and how she would give him the example of Indian Prime Minister Narendra Modi, who she claimed was voted to power despite having “radical” views. 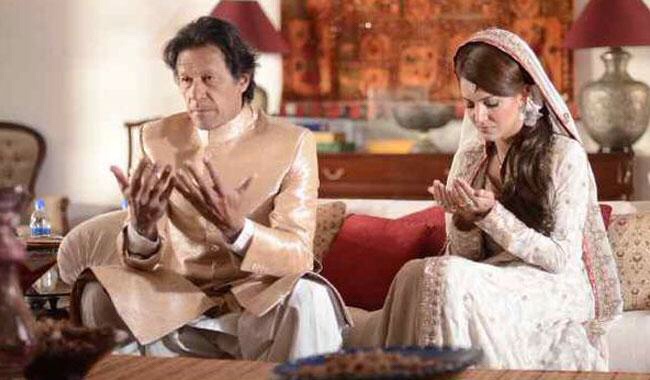 Electronic version of Reham Khan’s autobiography was released on Friday,sending the Twitterati into a frenzy and sparking a debate about the impact it may have on the election campaign of her former husband Imran Khan.

The book drew strong criticism from readers sympathetic towards former cricket hero but was hailed by Khan’s opponents in the hope that it can reduce prospects of the Pakistan Tehreek–e-Insaf chairman becoming next leader of the country. 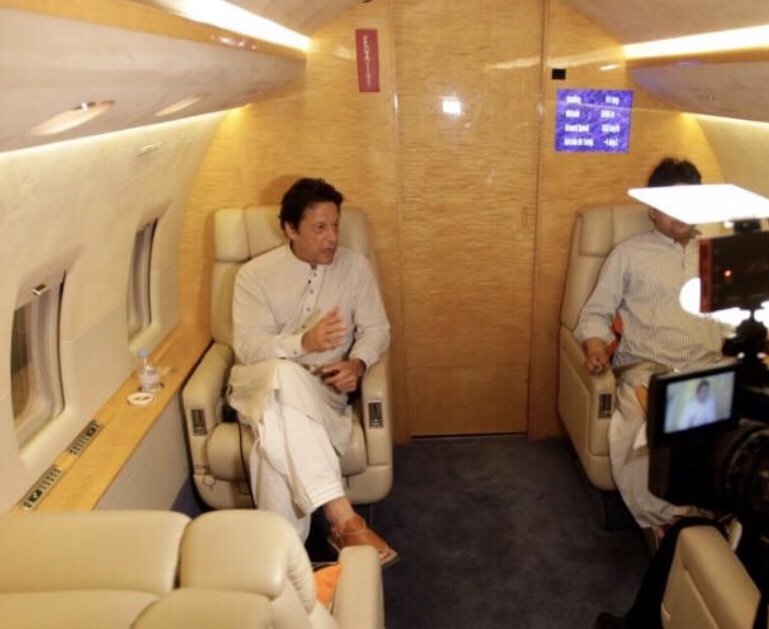 Reham Khan, as the e-book released on Amazon Thursday is called, also claims that the 65-year-old cannot read the Quran, believes in black magic, and had confessed that he has “some” illegitimate Indian children.

How this book will affect Imran’s prospects is not clear. But for the Pakistan Muslim League (N), which is reeling under the conviction and sentencing of its leader Nawaz Sharif, and his daughter and political heir Maryam Nawaz — both reach Lahore from London Friday — the book must be music to the ears.

From Imran’s eating habits to his purported sexuality, the self-published book stops at nothing. There has been no reaction yet from Imran Khan or any of his rivals to the book, although the contents are enjoying an outing in all Pakistani media. It was Imran’s dogged pursuit of the Panama Papers leak that led to Nawaz’s disqualification and conviction.

In an election that has seen much drama but very little campaigning, Reham’s book has thrown another spicy if salacious variable to the mix of hyperactive chief justice, “farishtey” (angels) and “khalai makhlooq” (extra terrestrials) — terms used by Nawaz Sharif to obliquely allege meddling by the military and intelligence services in this election — and jihadis.

The former journalist, who was married once to a UK-based doctor, but walked out of what she calls a violent and abusive marriage, met Imran when she arrived in Pakistan to take up a job with a TV station after a stint with the BBC in the UK. She says she fell for “his persistent and convincing courtship”.

After they were married secretly six months before a publicly announced wedding in 2015, Reham claims, Imran told her that he had “5 in total” illegitimate children, and that “some were Indians” and the eldest of them was 34 years old.

Reham writes that he also told her about a liasion with a Bollywood star of the 1970s, and claimed that she became very “clingy”. But according to Reham, she made enquiries and found it was the other way round. The Bollywood star, who is not named in the book, but described as the “sexiest star” of that decade and a “bombshell”, had apparently dismissed her experience with Khan as “naam baray or darshan chotay”.

The book describes in detail how Imran rubbed “black dal” all over his body because he had been advised to do that by a “pir”, and how the drawers in his Bani Gala residence in Islamabad were full of amulets and other “voodoo” stuff.

Imran Khan said he was “quietly confident” of victory in a general election this month and that as prime minister, he would drive an anti-corruption and anti-poverty campaign in the south Asian nation.

The 65-year-old opposition leader, a glamorous part of the London upper crust in his younger days, also dismissed allegations that the powerful military was working behind the scenes to favor his campaign for the July 25 poll.

Khan is campaigning hard on populist promises of a prosperous Pakistan that breaks away from its persistent legacy of corruption, even as he expands appeals to nationalist and religious sentiment in the nuclear-armed, Muslim nation.

As prime minister, he says he will partially model his promised anti-corruption campaign and poverty reduction programs on China, Pakistan’s traditional ally that has financed billions of dollars of infrastructure projects. 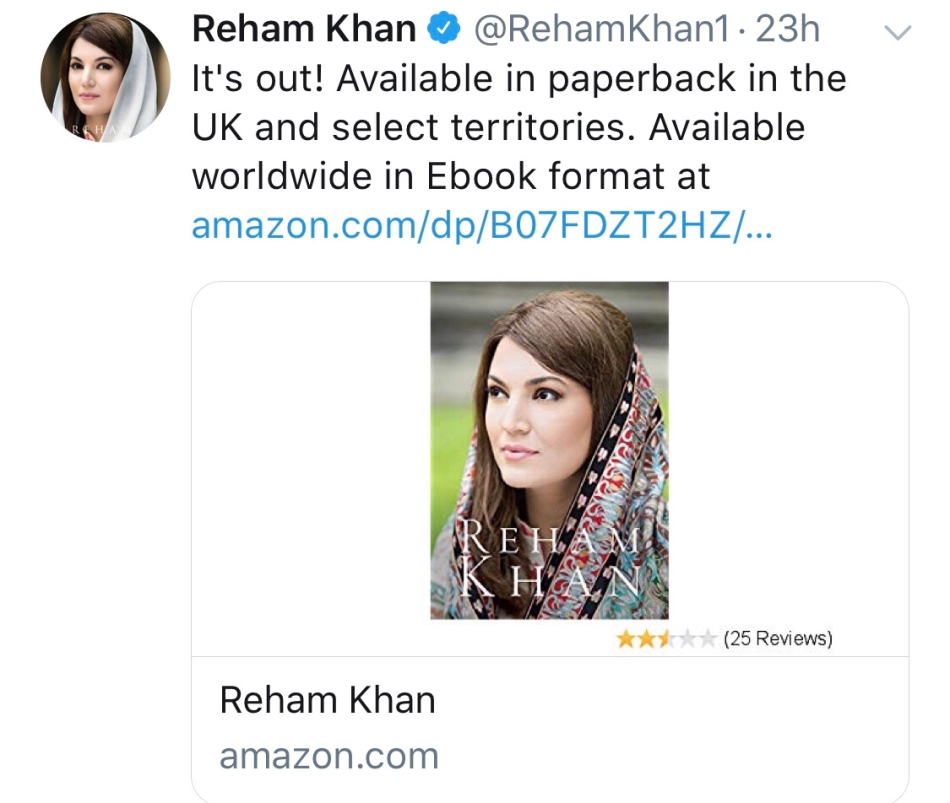 “What Pakistan has to do is follow China’s example where they lift people out of poverty,” Khan said in the interview in a private jet after a long night of campaigning in Punjab province.

“And actually we have meetings with the Chinese on all the steps they took  to reduce poverty.”

Whoever wins the election will also have to navigate Pakistan’s often-fraught relations with the United States over the U.S.-backed government’s war against Taliban militants in neighboring Afghanistan.

A victory for Khan’s opposition party would mark a new political direction for Pakistan, which has been dominated by two parties – Sharif’s Pakistan Muslim League-Nawaz and the Pakistan Peoples Party founded by assassinated former prime minister Benazir Bhutto – when the military has not been in power.

0 comments on “Imran Khan Ex-wife Reham’s book spits it all out, ahead of Pakistan Election”