Sri Lanka’s central bank Monday rejected a report that the island was at risk of a currency crisis, saying it had asked Nomura Holdings Inc., which made the analysis, to change its opinion.

The Central Bank of Sri Lanka (CBSL) said in a statement that several international media sites have quoted a new analysis by Nomura Holdings Inc., which shows that seven emerging economies are at risk of an exchange rate crisis.

The analysis by Nomura, which was published by international media, said seven emerging economies are at risk of an exchange rate crisis.

It described Sri Lanka as having the worst outlook “due to still-weak fiscal finances and a very fragile external position”. 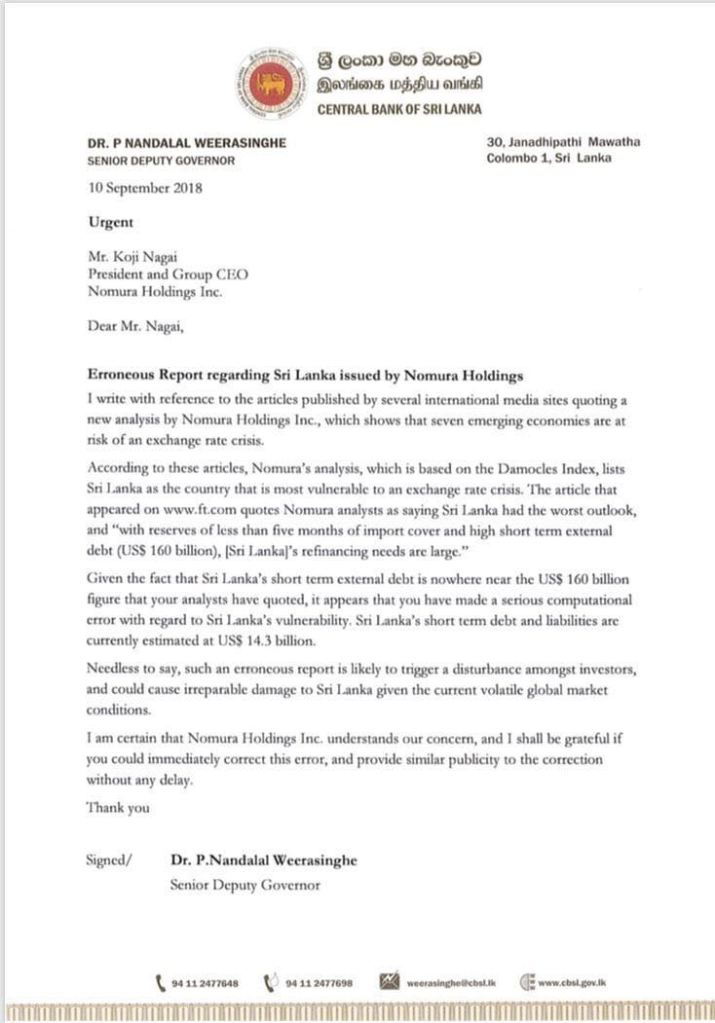 CBSL says given the fact that Sri Lanka’s short term external debt is nowhere near the US$ 160 billion figure that Nomura analysts have quoted, it appears that Nomura Holdings have made a serious computational error with regard to Sri Lanka’s external vulnerability.

As such an erroneous report could to trigger an unwarranted panic amongst investors, particularly in the context of current volatile global market conditions, the Central Bank of Sri Lanka has already written to Nomura Holdings, and requested them to correct this error without any delay.