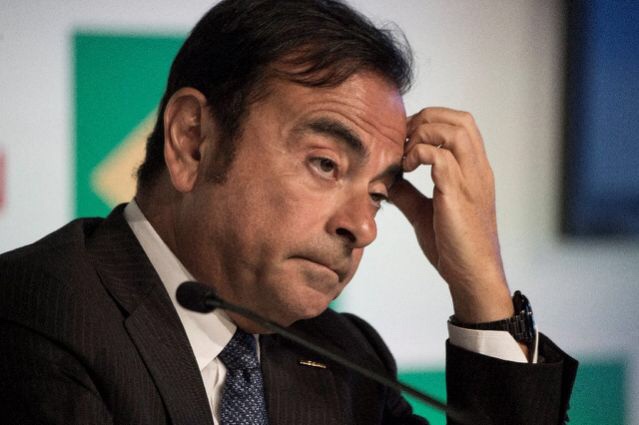 Nissan chairman Carlos Ghosn faces being fired this week after being arrested in Japan over allegations of financial misconduct, the firm said Monday, in a stunning fall from grace for one of the world’s best-known businessmen.

Ghosn’s arrest and his likely dismissal from Nissan, as well as possibly from Mitsubishi and Renault, sent shockwaves through the auto industry, where he is a towering figure, credited with turning around several major manufacturers.

Besides being chairman of Nissan, the 64-year-old is also CEO of Renault and leads the Nissan-Renault-Mitsubishi alliance.

Nissan’s board will meet Thursday to decide his fate, and Mitsubishi said it would propose he be dismissed as chairman “promptly.” Renault said its board would meet “shortly”, after Ghosn was detained over allegations including underreporting his income.

At a hastily organised press conference, Nissan CEO Hiroto Saikawa expressed “despair,” but also suggested that Ghosn had accrued too much power and eluded proper oversight.

“Too much authority was given to one person in terms of governance,” he told reporters at Nissan’s headquarters in Yokohama.

“I have to say that this is a dark side of the Ghosn era which lasted for a long time.”

The news of Ghosn’s downfall emerged unexpectedly on Monday evening, with local media first reporting he was being questioned by prosecutors and that Nissan’s headquarters was being raided.

Shortly afterwards, Nissan said in a statement that it had been investigating Ghosn and Representative Director Greg Kelly for months after a whistleblower report.

“These two gentleman are arrested this evening, that’s what I understand,” Saikawa said at the press conference.

He said the company had uncovered years of financial misconduct including under-reporting of income and inappropriate personal use of company assets.

Saikawa gave few details about the nature of the improprieties, including refusing to confirm reports that Ghosn under-reported his income by 5 billion yen, or around $44 million, over five years from 2011.

He said an ongoing investigation limited what details could be shared, and refused to be drawn on whether other people were involved, saying only: “These two gentlemen are the masterminds, that is definite.”

A Japanese judicial source told AFP that Ghosn could legally be held for up to 23 days but would possibly be freed on bail before then.

News of his arrest caused Renault shares to fall 8.43 percent in Paris trading. The reports emerged after the trading day was over in Tokyo.

The apparent disintegration of Ghosn’s career raises questions about the alliance of the three car companies, which the Brazil-born executive was often believed to be holding together personally.

Saikawa insisted “the partnership among the three entities will not be affected by this event,” but he was unable to give details on how Renault and Mitsubishi planned to respond, or who might succeed Ghosn.

French President Emmanuel Macron warned Paris would be “extremely vigilant” about the stability of Renault and the three-firm alliance after Ghosn’s arrest. France owns a 15 percent stake in Renault.

Speaking on the sidelines of a eurozone finance ministers’ meeting in Brussels, French Finance Minister Bruno Le Maire said the government would “do everything as a shareholder represented on Renault’s board to ensure operational continuity and stable governance at Renault”.

Ghosn’s arrest will “rock the Renault-Nissan-Mitsubishi alliance as he is the keystone of the alliance,” said Satoru Takada, an analyst at TIW, a Tokyo-based research and consulting firm.

“He is the man of charisma for the alliance. It is likely to have a negative impact on its brand image,” he told AFP.

“It’s the future of the alliance that seems in play, because the thing holding it together seemed to be Ghosn himself,” said Daniel Larrouturou, a senior executive at investment firm Diamant Bleu Gestion.

The arrest is an astonishing reversal of fortune for Ghosn, often feted for his success at turning around failing companies with hard-nosed tactics that earned him the nickname “Le Cost Killer” in France.

Renault came to the rescue of the then-ailing Japanese automaker Nissan in 1999 and parachuted in Ghosn, who set about slashing costs and jobs in a huge corporate overhaul.

In 2016, Ghosn also took charge at troubled Mitsubishi after Nissan threw it a lifeline, buying a one-third stake for about $2.2 billion as it wrestled with a mileage-cheating scandal that hammered sales.

He is credited with saving Nissan from bankruptcy through measures including closing plants and restructuring, and he has instant name recognition in Japan, where he is a rare high-profile foreign executive.

But he has also faced opposition, including over his pay, with his compensation package at Renault prompting a spat with shareholders and criticism from France’s then-economy minister Macron.

In February he was forced to accept a 30 percent pay cut from the 7.25 million euros ($8.3 million) he took home as Renault CEO last year.

Saikawa said he was still thinking through whether Ghosn was “a charismatic figure or a tyrant.”

“But looking at the facts he has done what not many other people could have done,” he added, referring to Ghosn’s overhauls of companies.