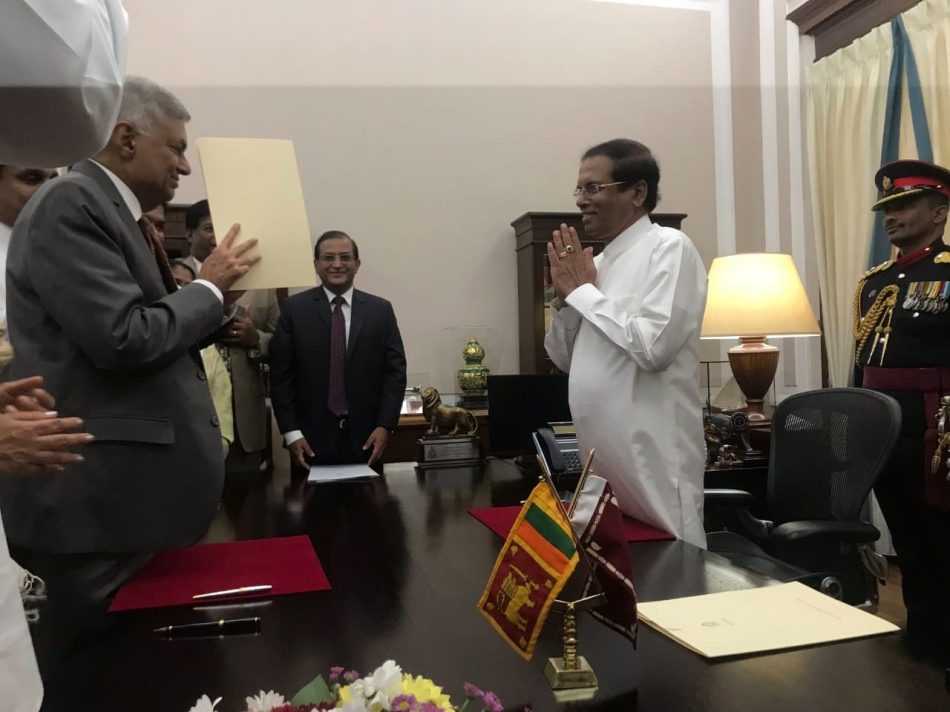 Ranil Wickremesinghe was reinstated as Sri Lankan prime minister here on Sunday, likely ending a political crisis that began in late October when he was surprisingly ousted.

Wickremesinghe’s comeback is an embarrassment for President Maithripala Sirisena, who replaced him with former president Mahinda Rajapaksa following differences over policy making and other issues.

However, Rajapaksa failed to win a parliamentary majority and resigned on Saturday as a government shutdown loomed.

The UNP leaders took take the oath at an auspicious time of 11.16am.

The timely reinstatement should help achieve parliamentary approval for a temporary budget that is required by Jan. 1.

The South Asian island country’s parliament voted to cut the budget for Rajapaksa and his ministers after Sirisena refused to accept no-confidence votes against Rajapaksa, saying that due process was not followed.

Parliament has already passed a confidence vote in Wickremesinghe while it sought his reinstatement as prime minister to defuse a constitutional crisis.

On Friday, Sri Lanka’s Supreme Court rejected Rajapaksa’s bid for an injunction against a lower court’s order that barred him and his Cabinet from performing their roles.

Sirisena came to power in 2015 on a pledge to uphold democracy and stamp out corruption. However, his popularity has been hit by a crisis many say he triggered because of personal differences with Wickremesinghe.