The Saudis have displayed what they say are cruise missiles and drones proving Iran’s responsibility for the recent attack on oil facilities.

The Abqaiq facility and the Khurais oil field were attacked in the early hours of Saturday, causing a reduction of more than half in Saudi Arabia’s daily oil exports – more than 5% of the world’s daily production.

Initially Houthi rebels – backed by Iran – were blamed for the attack. But in recent days, the finger has been pointed directly at Iran.

Saudi Colonel Turki bin Saleh al Malki displayed the wreckage of drones and cruise missile had been used in the attack.

Colonel al Malki described the drones as “delta wing” models and the cruise missile was described as a “Ya Ali” type, with a small jet engine attached to it.

Sky’s defence correspondent Alistair Bunkall said Iran had spent considerable money and resources developing its drone fleet. It now has a range of around 30 different types of unmanned aircraft – some armed, others just for surveillance.

“The drone displayed by Saudi Arabia in Riyadh matches one displayed at a defence show in Iran in 2014,” he said.

“Investigators have been examining a circuit board found in one of the crashed drones. That will help establish things like trajectory and origin.

“Given that Yemen has been ruled out as a possible launch site, that would suggest short or possibly medium-range cruise missiles were used from either Iraq or Iran.”

Where were the weapons launched from?

Colonel al Malki ruled out Yemen – he said the weapons did not come from the south (ie Yemen) as they had a limited range (435 miles). Instead he said they came from the north, the direction of Iran. There have already been reports from the US that the weapons were fired from southwest Iran.

The colonel went on to say the Saudis have not yet pinpointed the exact launch site but are analysing the weapons and expect to find information on the drones that will give them the answer to this. When they have the answer, he said, they will tell the world.

Bunkall said: “Despite them saying they don’t quite know yet, I don’t believe that. It’s not that hard militarily to determine where these attacks came from. If the Saudis don’t know it, then the Americans will do.” 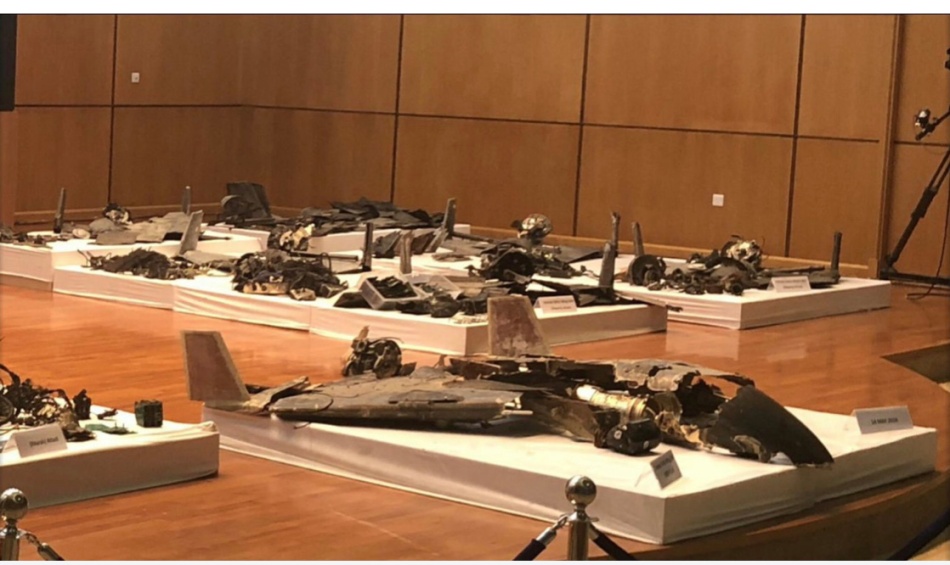 What other evidence was offered?

Eighteen drones and seven cruise missiles were used in the attack, Colonel al Malki said, but three missiles failed to hit their targets.

He also played surveillance video that he said showed a drone coming in from the north.

Earlier the US released satellite images that showed damage largely on the north-facing sides of structures at the oil sites.

The colonel said: “This is the kind of weapon the Iranian regime and the Iranian [Revolutionary Guard] are using against the civilian object and facilities infrastructure. This attack did not originate from Yemen, despite Iran’s best effort to make it appear so.”