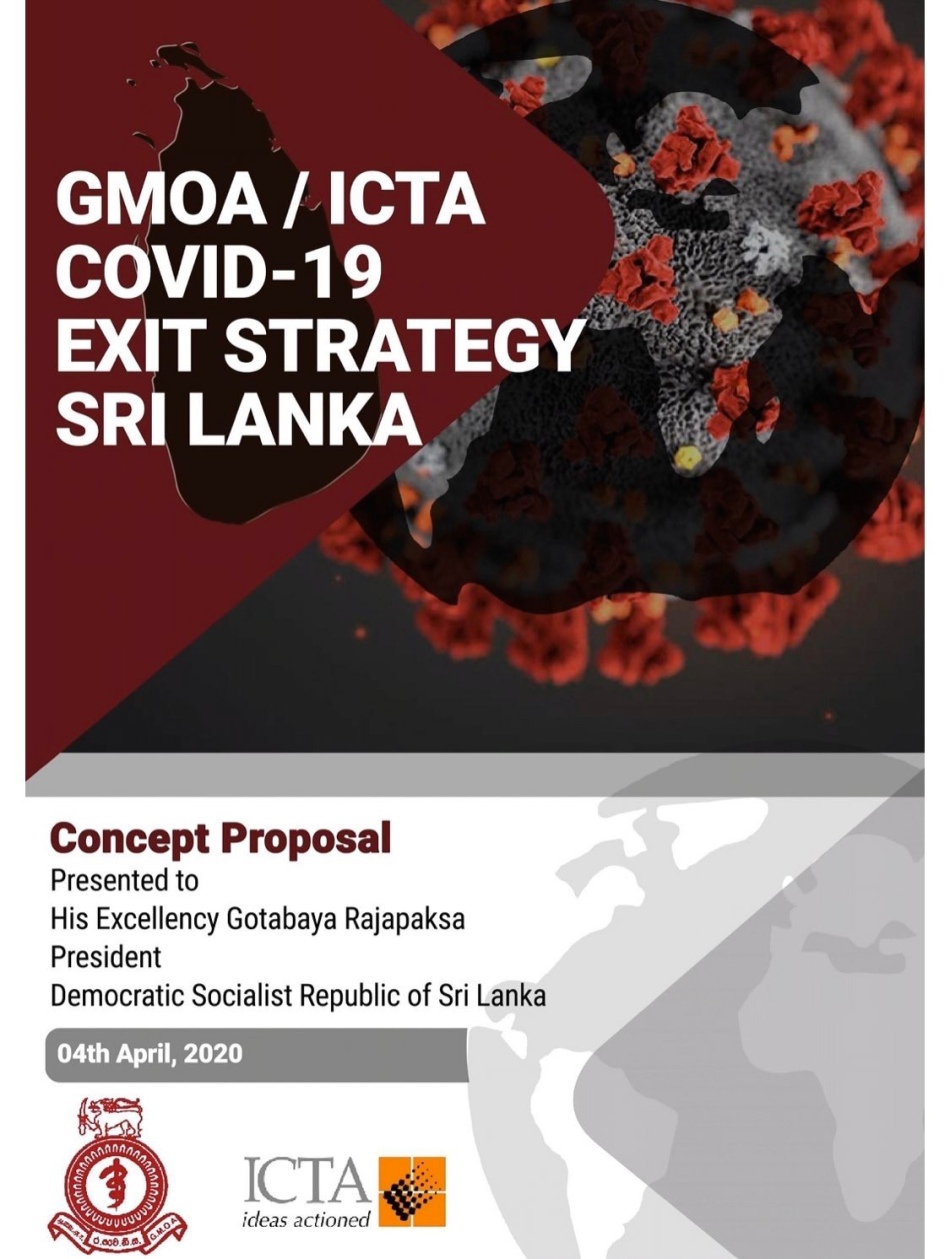 Sri Lanka’s Government Medical Official Association (GMOA) hastily amended a draft ‘COVID19 exit strategy’ for Sri Lanka after condemnation that minority Muslims were singled out and identified the Muslim population in each district secretariat area as a “risk factor” and a variable to track COVID19 risk.

The Muslim population was also rated the highest weightage (risk coefficient) of 0.9446, while COVID patients had a less a weightage of 0.826. 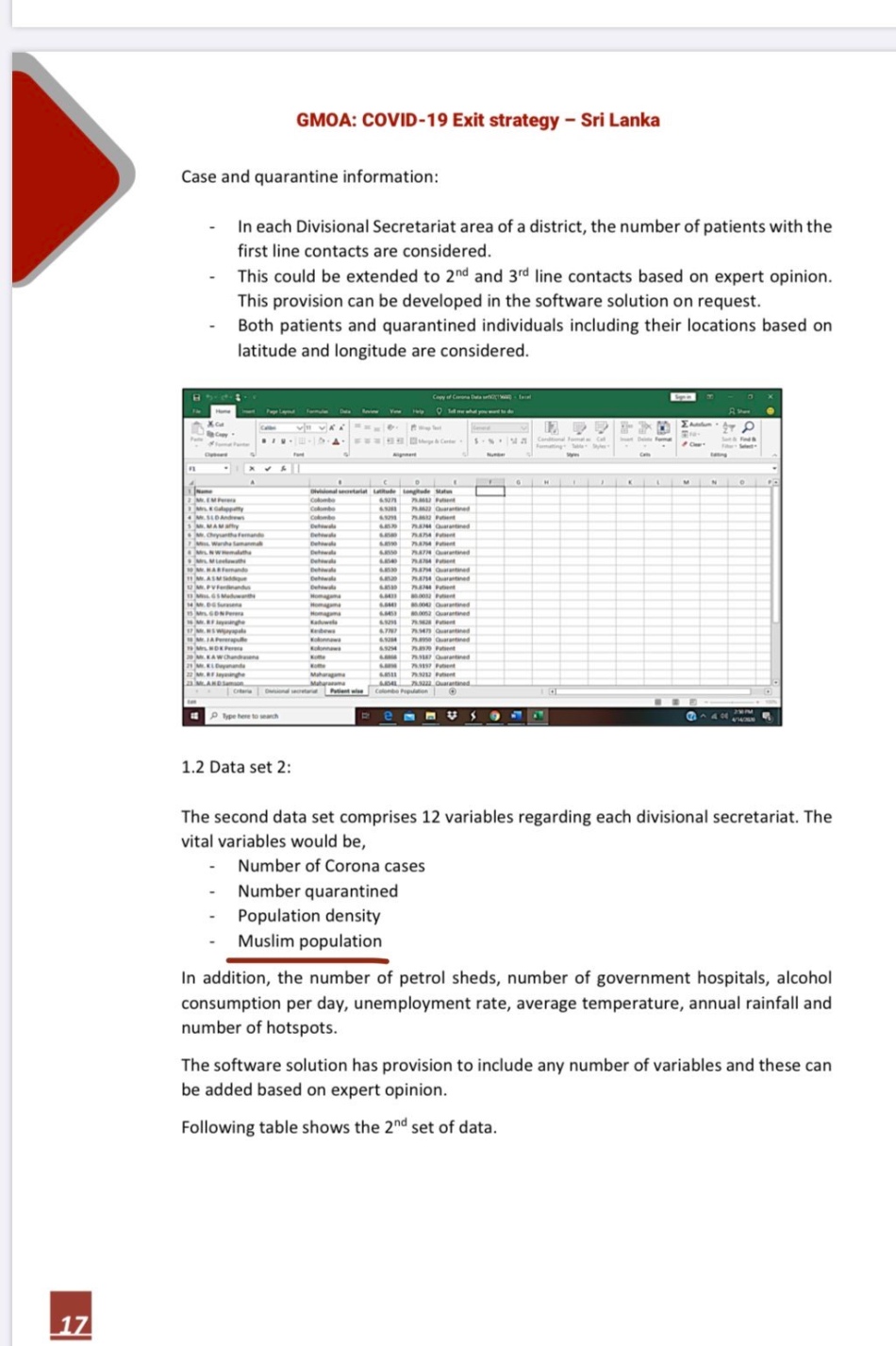 The initial document was depicted to be co-authored by Information and Communication Technology Agency of Sri Lanka (ICTA, which also was removed in the latest draft edition.

The report spells out the criteria to declare these three zones and the governance structure within every zone.

As part of the methodology, the GMOA said the Sterile, Buffer and Contaminated zones would be identified based on formulated score points and these score points would be derived based on weightage coefficients calculation using artificial intelligence software solution.

In the concept paper, the GMOA gives an explanation by using the Colombo District as an example using data, of which only the data regarding population is accurate. “In order to clearly explain the methodology, all the other data as mentioned below are dummy data which are areas of each Divisional Secretariat (DS), the Muslim population and all other data included.

The document came under heavy scrutiny as to why such variables were included and questions were raised on the validity of such a document.

ICTA Board member Dr.Sanjiva Weerawaran sought to distance himself and ICTA from the document tweeting that although he attended a meeting with GMOA and the President Gotabaya Rajapaksa along with ICTA chairman Jayantha de Silva, the document was never shown nor the ICTA gave consent to being co-authors of the document.

“The GMOA @GMOAMU has published a document ref Cover-19 exit strategy co-branded with ICTA @icta_srilanka, with my name too, with ridiculous reference to “muslim areas”. ICTA had NO role in this doc.” he tweeted.

He also apologized to the concern caused by tweeting “The whole idea of using Muslim population to make this decision is utterly preposterous and disgusting.I would NEVER agree to any such BULLSHIT. I’m extremely sorry for the pain it will cause to people.”

GMOA responded yesterday by removing ICTA as co-authors and the Muslim population as variable to track COVID19, while no explanations were given as to why GMOA included the likes in the initial proposal.

The Muslim Council of Sri Lanka wrote to the GMOA asking for explanations as to how such document was allowed to be published. “Within hours of uploading it, the document was replaced removing ICTA and ‘Muslim Population’ from it. While appreciating the GMOA’s effort at making the change, this does not erase the fact that GMOA members may have been issuing insights from this document for the last two weeks and influencing public opinion and policy regarding the containment of the COVID-19 disease in Sri Lanka. This attempt to defame a government institution such as ICTA and the Muslim community at a time when there are tensions at all sides calls to question the intentions, integrity, and professional ethos of the GMOA and the medical professionals who co-signed the document.”, it wrote. 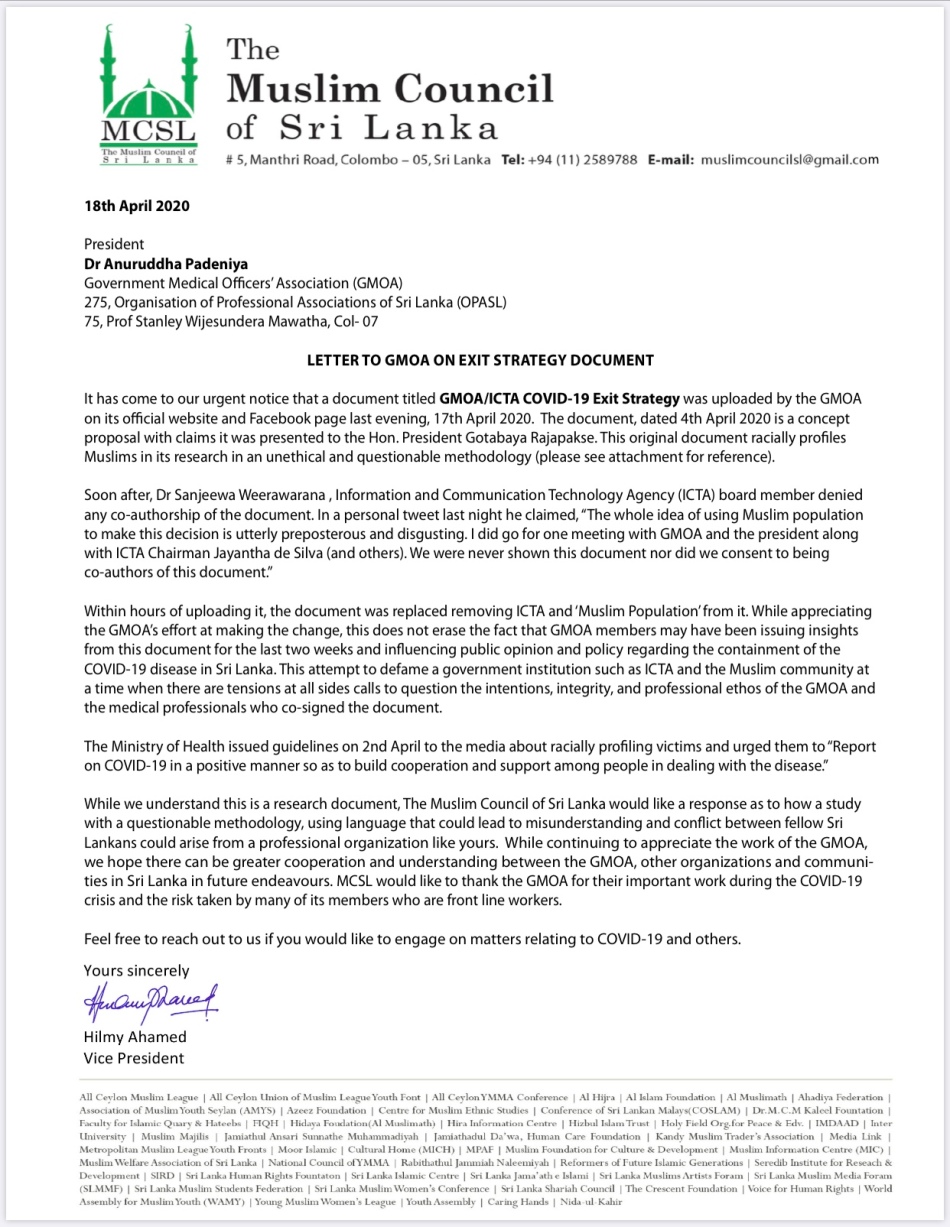 GMOA says the ‘concept proposal on COVID-19 exit strategy explains the need for a scientific strategy and a guideline on how this can be implemented.’

It adds that any further development and suggestions from public are welcome to be included and should be mailed to office@gmoa.lk on or before the 22nd of April 2020 with the subject “EXIT STRATEGY”.

Muslims in Sri Lanka have been put under undue spotlight in the wake of COVID19 outbreak in the country where health authorities issued procedures for disposal of COVID19 patients by cremating despite pleas by the community that it was against religious norms.