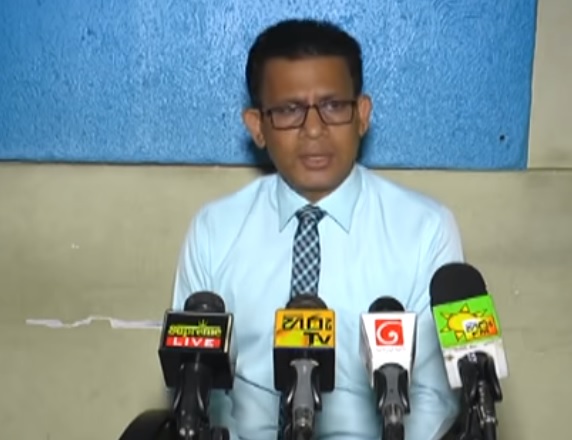 The College of Medical Laboratory Sciences-Sri Lanka has issued a staggering revelation today claiming that a number of PCR Tests may have been faulty.

Addressing a press conference Ravi Kumudesh, President College of Medical Laboratory Sciences said that suspicions have emerged about the results of 13 PCR tests conducted recently including the four PCR tests done on May 5th which included patients from Rajagiriya, Modara, Kolonnawa. A nurse attached to the Colombo National Hospital had also been tested on the same day.

“On the 5th of May, reports were issued that 4 patients were Covid-19 positive, including a special grade Nurse attached to the Sri Lankan National Hospital, patients from Kolonnawa-Saalamulla, Rajagiriya – Bandaranayakepura and a 52-year-old Muslim lady from Modera. However, we re-evaluated these 4 reports at laboratories attached to the Ministry of Health. In this evaluation, we observed that there are errors in these Covid-19 positive reports” he told reporters.

“Further, based on our previous observations we noticed that there are 8 similar erroneous COVID-19 test reports being issued from Sri Jayawardenepura laboratory. Also, recently 4 reports issued by the Colombo University laboratory has now been confirmed to have had errors. A similar 1 report issued by KDU University has also been confirmed to be erroneous. Therefore, so far 13 such erroneous reports have been published to the public. Such reports have now has caused the general public to question on the accuracy of such test reports and the public trust on the lab professionals” he added. 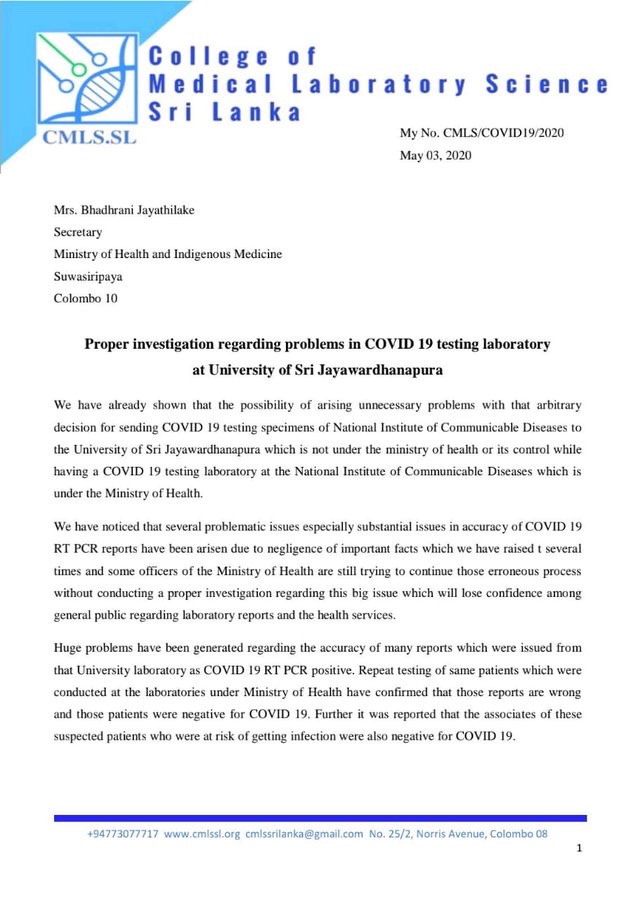 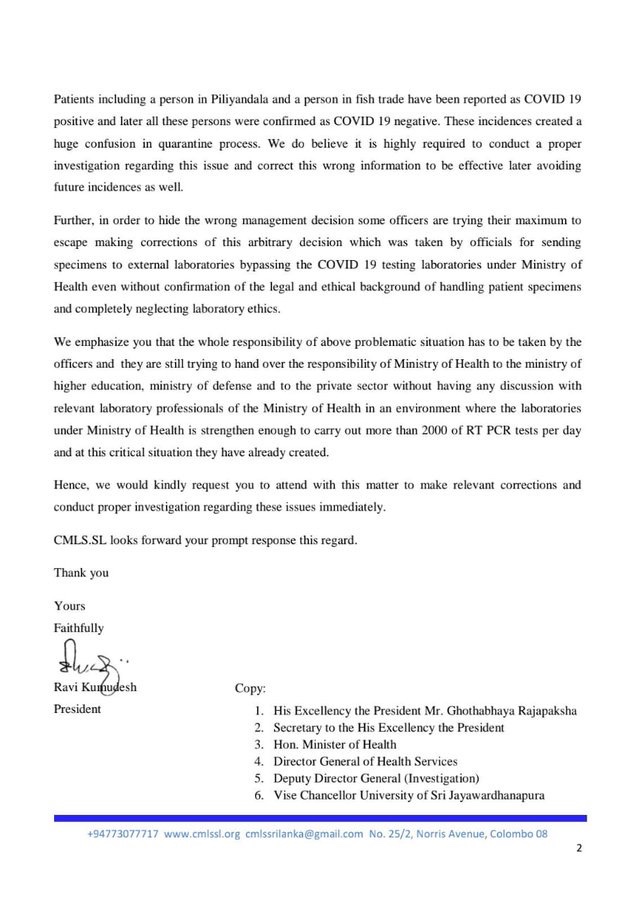 Take action against such persons who abandon responsibilities

Providing a disclaimer Mr Ravi Kumudesh said that none of the laboratories under the purview of the Ministry of Health has issued any such erroneous reports.

“Therefore, the challenge faced by us right now is that there 10 active laboratories under the Ministry of Health who are equipped to conduct solely such PCR tests. For this purpose, a team of approximately 200 lab scientist professionals are on standby to face any requirement. There are specialist doctors and directors of these laboratories and institutes who are on payroll with the responsibility of maintaining standards of such institutes. We ask the President to take action against such person who abandons their responsibilities in these institutes” he added.

Muslim death, cremated
The ‘9th coronavirus fatality’ in Sri Lanka which occurred on Tuesday could now be deemed as erroneously diagnosed. The body of a 52-year-old Muslim lady from Modera had been cremated after a short period of time in line with current controversial local polices of cremating COVID related deaths.
However, cremating against Islamic beliefs and Sri Lankan authorities have been accused of violating the Islamic burial rites of Muslims with forced
cremations of Muslim COVID-19 victims.