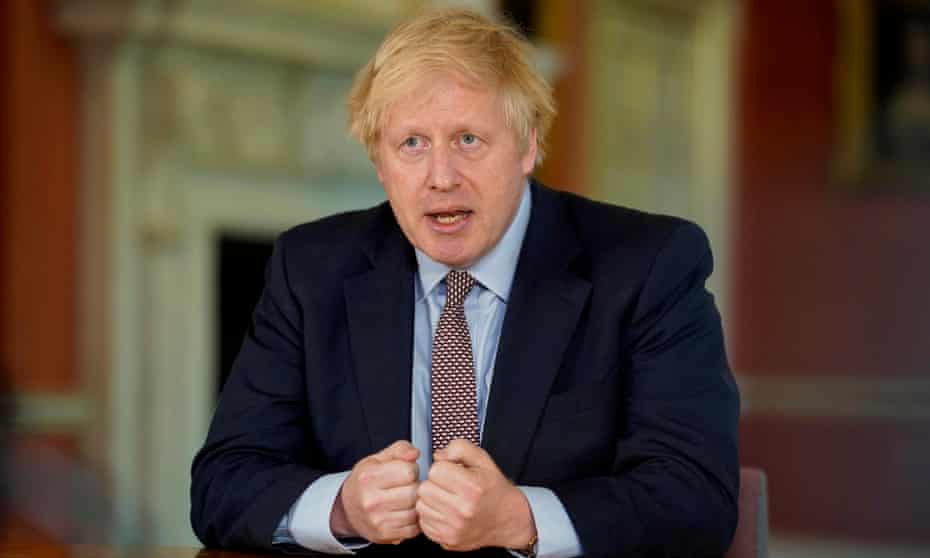 Boris Johnson announced the “first careful steps” to lift the U.K.’s lockdown and restart the economy, setting out a “conditional plan” for getting more people back to work while controlling the spread of Covid-19.

Stressing there will be no immediate end to the lockdown, the British prime minister announced looser restrictions on movement from Wednesday, starting with unlimited outdoor leisure time for sports such as golf and tennis, and allowing people to drive to parks and beaches in England.

From Wednesday, people in the UK will be able to sunbathe in their local parks, exercise as much as they want and drive to other destinations, Prime Minister Boris Johnson announced Sunday, as he laid out his vision for gradually restarting the economy.

In a pre-recorded televised statement on Sunday evening, Johnson unveiled a road map to resuming activity in the country following more than six weeks under lockdown.

Until Johnson’s announcement, residents whose jobs were considered non-essential were advised to leave home only for local exercise once a day and to buy food or medicine.

“From this Wednesday we want to encourage people to take more and even unlimited amounts of outdoor exercise,” he said.

“You can sit in the sun in your local park, you can drive to other destinations, you can even play sports but only with members of your own household.”

The PM’s announcement was aimed at relaxing the messaging around the UK’s lockdown, while more details on exactly which measures would be eased are expected on Monday.

In his address, Johnson officially launched the government’s new slogan, replacing advice to “Stay at home” to save lives, to “Stay alert.”

In a Tweet ahead of his announcement, Johnson urged people to still “stay at home as much as possible” and to “limit contact with other people.” And he asked them to maintain the two-meter social distancing rule, suggesting the government will let people exercise their own judgment to some degree on how to resume work and socializing.

Johnson announced a new five-tier alert system, much like one it already employs to assess terror threats. He said the country was now at level four, with five being the highest level of threat, and by relaxing restrictions the country could soon be at level three.

What does ‘Stay alert’ mean?

The message to “stay alert” has been met with criticism and ridicule on social media, as unlike “stay home,” it’s unclear exactly what it means in practice.

Jenrick defended the new messaging, saying on the BBC’s Andrew Marr Show that “we need a more nuanced message” and that staying at home would “still be an important part of the message.”

It’s not the first time the UK government has faced criticism over its communications with the public in its coronavirus response. Johnson telegraphed earlier this week that he hoped some changes to the country’s lockdown announced Sunday would go into effect as quickly as Monday.

His lack of details on what measures might be relaxed spurred a flurry of speculation in British media.

The suggestions that Monday may bring new freedoms appears to have emboldened people in London: hundreds were photographed in parks sunbathing and having picnics as sunny weather tempted them to break lockdown rules over the weekend. Police said they were forced to disperse groups drinking beer and wine, and sharing pizza.

The government’s new slogan has also put it at odds with the United Kingdom’s smaller three nations.

Wales, Scotland and Northern Ireland have extended their lockdowns to May 28 and officials from all three nations said there had been no coordination between their governments and Downing Street over the new messaging, and they would continue to spread the “stay home” message among their own people.

Scottish First Minister Nicola Sturgeon said on Sunday that people in her nation could begin exercising more than once a day from Monday.

The United Kingdom is one of the world’s hardest-hit nations in the pandemic. More than 31,000 people have died, according to government data.

Via CNN and other newswires