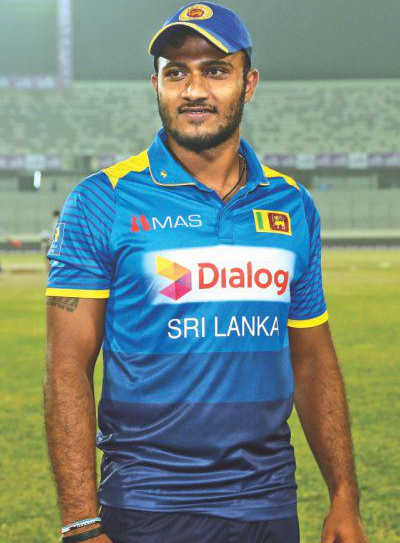 COLOMBO, Sri Lanka (AP) — A Sri Lanka international cricketer was suspended from all forms of the sport on Tuesday after being arrested for alleged possession of illegal drugs.

Madushanka has been remanded in custody, SLC said, following his arrest in the town of Pannala after reportedly being stopped by police while in a car with a friend.

The 25-year-old right-arm paceman has played one ODI and two Twenty20s for Sri Lanka, all in 2018 and against Bangladesh. In the ODI, he took a hat trick.