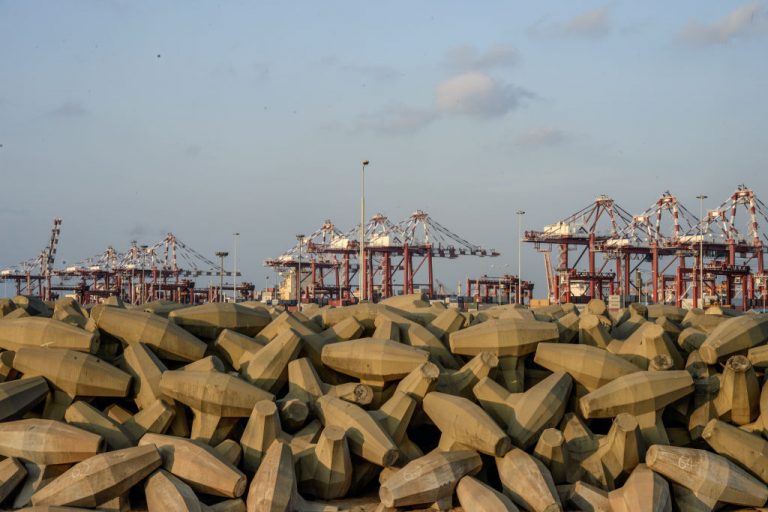 Singapore: A would-be hub of Indo-Pacific commerce and global tourist gem, Sri Lanka was already struggling to deliver on grand visions before the coronavirus crisis struck the world economy. The next few months may determine its ability to avert a painful debt restructuring.

The South Asian nation is locked in talks with the International Monetary Fund for emergency-financing aid, after its second longer-term program with the fund in less than a decade expired last Tuesday. It’s shaping up as a classic battle between a political program geared toward goosing growth, and concerns about raising enough money to rein an already-massive debt load.

A sometime favorite among investors — Sri Lanka as of late 2019 had the largest overweight among JPMorgan Chase & Co. clients in Asian frontier bond markets — the country has faced down tough times in the past. And the central bank said last month it will again honor all its obligations on time.

That may depend on the policies set following upcoming parliamentary elections, a date for which may be announced Monday. Also key: the degree of forebearance from China and India, which have competed for influence in the strategically located Indian Ocean nation.

“Sri Lanka could avoid a debt restructuring, but it would need hard decisions and reset of the economy,” said Saurav Anand, economist for South Asia at Standard Chartered Bank in Mumbai. “Markets fear that given limited fiscal space, if there is a delay in resorting to corrective actions,” a renegotiation of the payment schedule will soon become inevitable.

Sri Lanka’s obligations are considerable: external debt makes up more than half of gross domestic product, and Fitch Ratings calculated some $3.2 billion of payments due between May and December this year.

The deep and sudden global recession caused by the coronavirus and moves to contain it has forced extraordinary measures by countries the world over. In Sri Lanka’s case, the added challenge is the pre-existing conditions of low growth and enormous debt.

The IMF’s 2016 Extended Fund Facility help for Sri Lanka, which expired this month, was supposed to set help set the nation on a stronger development track. Instead, its overall debt ratio has climbed past 90% of GDP, as per a JPMorgan report, and the economy last year expanded the least since 2001, at just 2.3%.

Visions of an export-oriented Indian Ocean hub contrasted with what the IMF in 2018 called a “highly protective” policy regime under which domestic industries were increasingly shielded. Trade and investment were more restrictive than in peer emerging nations, and a study showed the tax system to be “complex and unstable.”

Sri Lanka’s dollar bonds have become the worst-performing among the sovereign frontier markets in Asia that have been able to raise offshore debt. The notes have lost about 33% this year, with its spread over U.S. Treasuries climbing more than 2,400 basis points at one point in May, according to JPMorgan Chase & Co. indexes. Its yield premium was about 1,700 as of June 5, more than double that offered by its peers in the region which are rated in the single B-grade category: Papua New Guinea, Mongolia and Pakistan.

On the sovereign ratings front:

The country’s debt load is also a legacy of a borrowing binge after Sri Lanka emerged battered from a bitter 26-year civil war in 2009. Some of that came from China, with Chinese President Xi Jinping’s Belt and Road initiative offering the elevation of Sri Lanka as an entrepot port on the route to the Middle East and Europe.

Sri Lanka’s government has indicated it’s expecting about $800 million from China and a $400 million swap line from India to boost reserves. The central bank said in a statement May 19 that the government will honor all its debt obligations on time, as it did in difficult times in the past. As for the IMF, no specific timeline has been announced for reaching a deal.

As for private-sector investors, all is riding on the official talks.

“We are currently defensively positioned on Sri Lanka dollar bonds despite the high yield,” said Thu Ha Chow, a Singapore-based money manager for Asian credit strategies at Loomis Sayles Investments Asia. “But we are following and awaiting for evidence of structural reforms that would build resilience into Sri Lanka’s economy.” – Bloomberg