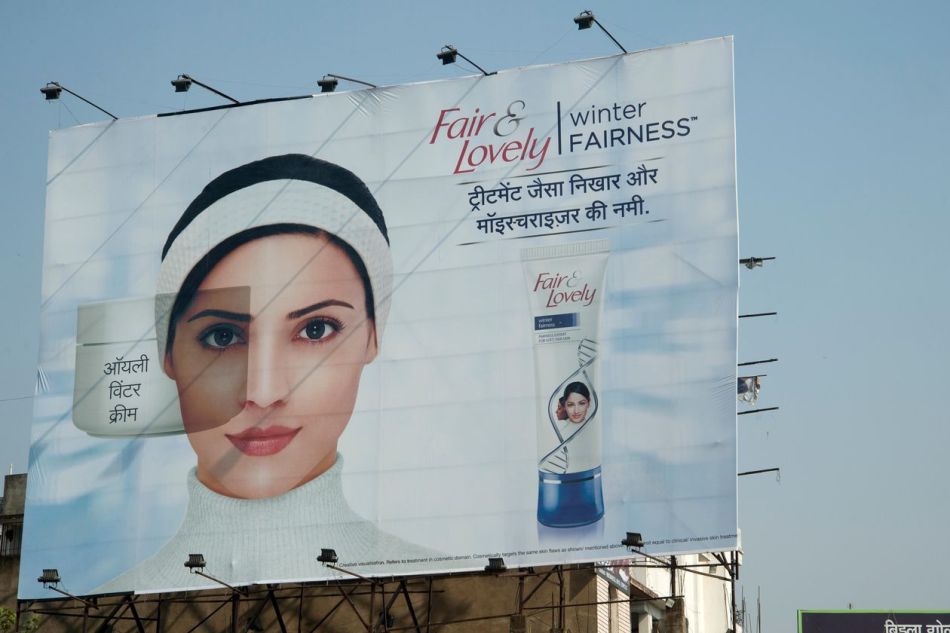 The Anglo-Dutch firm — which reportedly raked in some $500 million in revenue from the product in India last year — said it would stop using the word “Fair” in the name as the brand was “committed to celebrating all skin tones”.

“We are making our skin care portfolio more inclusive and want to lead the celebration of a more diverse portrayal of beauty,” Sanjiv Mehta, head of Hindustan Unilever, said in a statement.

Several companies — including French cosmetics giant L’Oreal — have been criticised recently for skin-lightening products after the global rise of the Black Lives Matter movement following the killing in the US of African-American George Floyd.

Johnson & Johnson said last week it would stop selling some Neutrogena and Clean & Clear products, advertised as dark-spot reducers in Asia and the Middle East.

Skin-lightening creams in India have long been endorsed by major Bollywood stars — including Shah Rukh Khan and Priyanka Chopra Jonas.

Chopra Jonas, married to American singer Nick Jonas, has been pilloried on social media for apparent hypocrisy in supporting the Black Lives Matter movement as well as having served as an ambassador for lightening products.