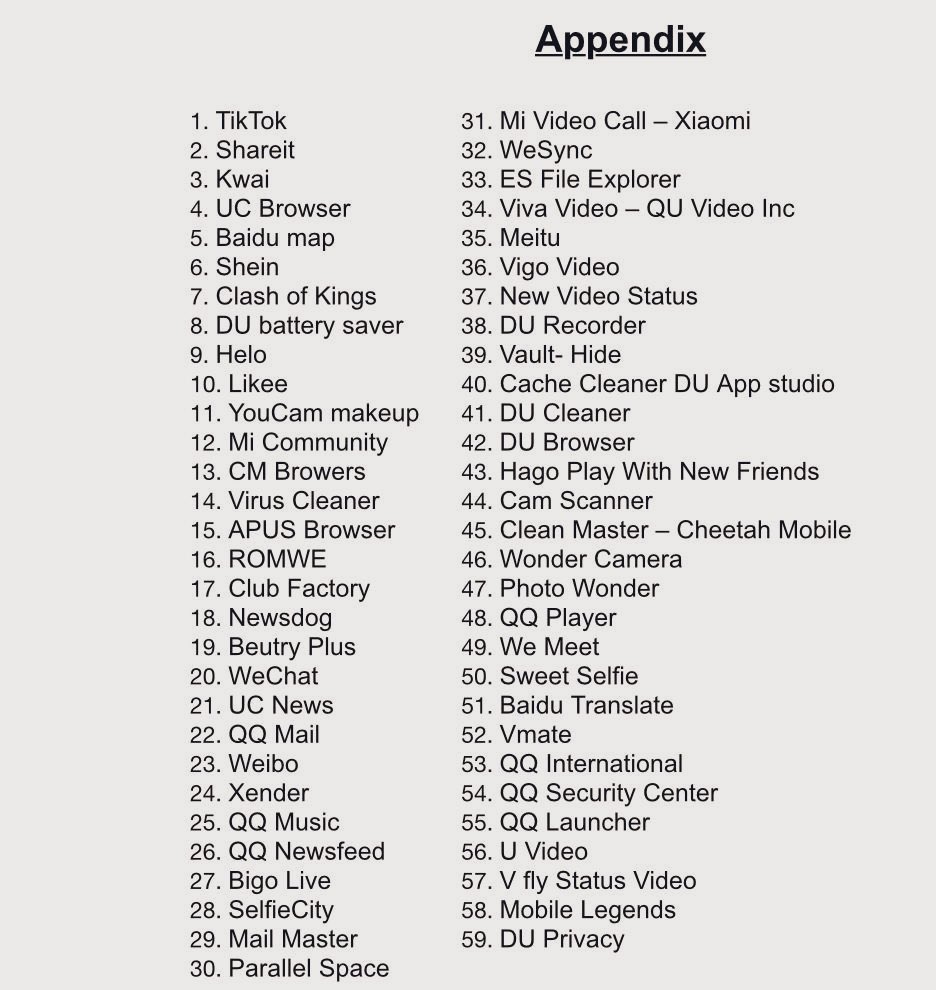 India has banned 59 Chinese apps including TikTok, Shareit, Mi Video, and UC Browser amid tension between two countries. The move comes days after border skirmishes with China in the Himalayas that left 20 Indian soldiers dead.

The country’s IT ministry invoked Section 69A of the IT Act 2000 that lets the government block services if they’re deemed dangerous for sovereignty and integrity of the country:

The ministry accused these apps of “stealing and surreptitiously transmitting users’ data in an unauthorized manner to servers which have locations outside India.”

The list includes some major names such as TikTok and Helo that has hundreds of millions of users in India. TikTok has more than 200 million users in India and almost a third of its downloads are by the users in the country.

We’ve reached out to ByteDance and  Xiaomi for a comment, and we’ll update the story when we hear back. Additionally, we have also emailed Google and Apple to understand if they will need to delist these apps from the Play Store and the App Store.

India has been trying to reduce dependence on Chinese products, while customs officials have halted clearances of industrial consignments coming in from the nation at major Indian ports and airports as a border standoff that’s been brewing for nearly two months shows no signs of easing.