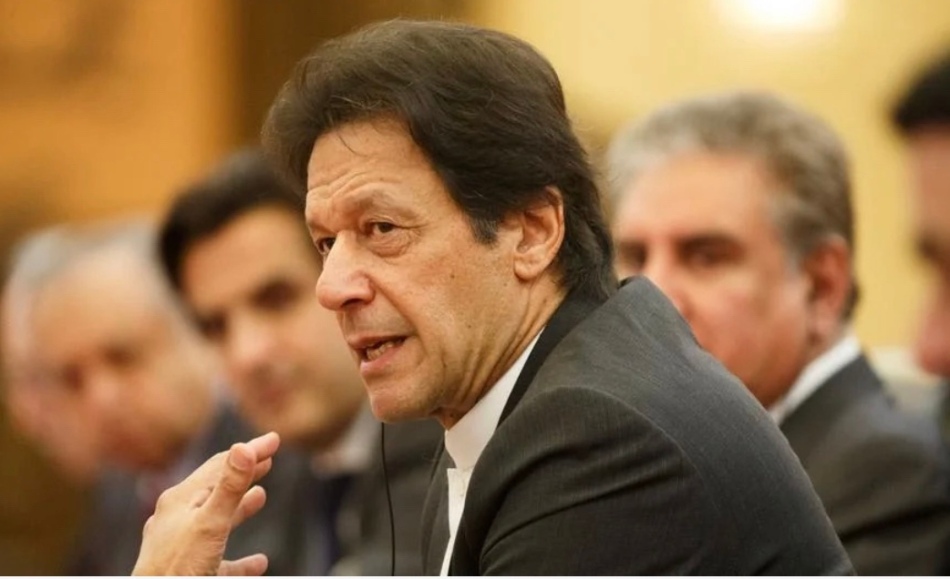 Pakistan’s Prime Minister Imran Khan has categorically said that his government won’t recognise Israel until the Palestinian people have their own state.

“Our stance is obvious. It’s something which (Pakistan’s founder) Quaid-e-Azam Muhammad Ali Jinnah made clear in 1948 – that we can not accept Israel until Palestinians get their rights as per the two-state solution,” he said during a TV interview on Tuesday.

“If we accept normalisation of ties with Israel then we would have to give up the Kashmir cause.”

His comments come days after the United Arab Emirates (UAE) said it is establishing diplomatic and economic relations with Israel, clearing the way for the Gulf country to accept the Jewish state.

Pakistan is among the few countries which say on its passport that its citizens can travel anywhere in the world except for Israel.

“My conscience will never allow me to accept Israel, which is responsible for so many atrocities against the Palestinian people,” Khan said.

UAE, which has historically been Islamabad’s key ally, is set to become the first Gulf country and the third Arab state after Egypt and Jordan to recognise Israel.

Since its independence from British India, successive Pakistani leaderships have fought the case of Kashmir, part of which is controlled by New Delhi.

In the same interview, Khan tried to counter reports about strain in Pakistan’s ties with Saudi Arabia, which some observers say hasn’t backed Islamabad wholeheartedly on the issue of Kashmir.

In recent days, Pakistan’s Foreign Minister Shah Mehmood Qureshi warned Riyadh that Islamabad might be forced to look at alliances with other Muslim countries – in an apparent reference to Qatar and Turkey.

The minister also remarked to media that the Organisation of Islamic Cooperation had been dragging its feet on the Kashmir issue and said Pakistan would be willing to convene a session outside the remit of the OIC to bring a spotlight on the issue.

“Saudi Arabia is our key ally. It has helped us in every difficult time,” Khan said.

He distanced himself from the comments of his foreign minister saying, “every country has its own foreign policy, they have their own policy and we have our own stance” on Kashmir.