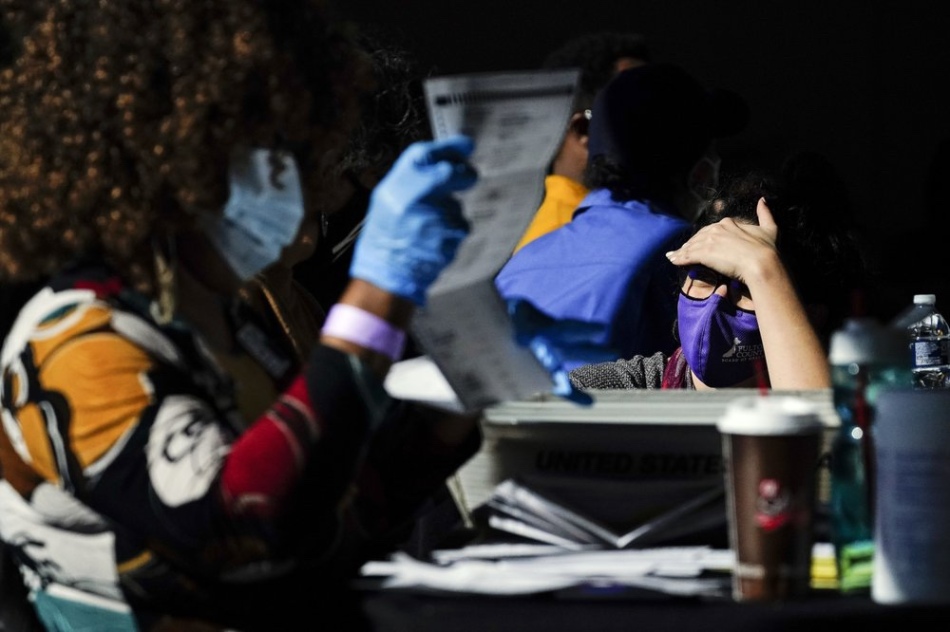 By Friday morning, Biden overtook Trump in the number of ballots counted in the battleground, a must-win state for Trump that has long been a Republican stronghold. Biden now has a 917-vote advantage.

The contest is still too early for The Associated Press to call. Thousands of ballots are still left to be counted — many in counties where the former vice president was in the lead.

There is a potential that the race could go to a recount. Under Georgia law, if the margin between Biden and Trump is under half a percentage point of difference, a recount can be requested.

With 253 electoral votes already in the bag, Biden needs just 17 to pass the crucial threshold of 270 and take the White House. If he comes out on top in Pennsylvania (20) then he’s the next president-elect. (If this happens, expect the Trump camp to stand by their legal challenges.)

But he can also win by holding onto his lead in Nevada (6) and taking top spot in Arizona (11), which would net him exactly 270. In either case he wouldn’t need to win Georgia (16) – although as things stand he’s neck-and-neck with his Republican opponent in the state.

Donald Trump has a far narrower route to victory. To ensure his re-election he needs to take Pennsylvania – where his lead is narrowing by the hour as mail-in and absentee ballots are counted – as well as three of four states still outstanding: Arizona, Nevada, Georgia and North Carolina. Alaska has also not finished counting, but barring a massive upset it will comfortably back Trump.