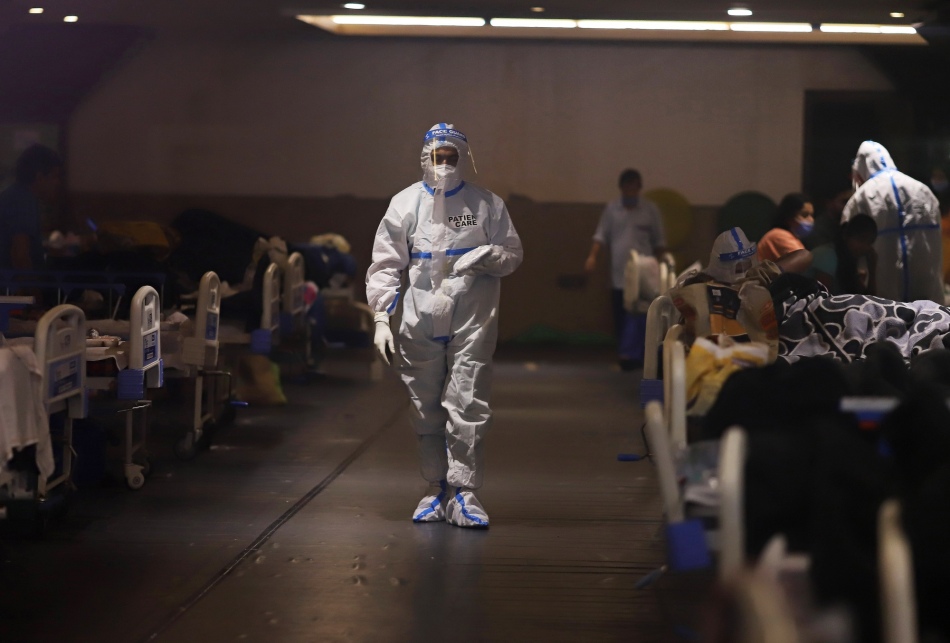 India saw a record one-day jump with more than 300,000 new coronavirus infections, marking a grim milestone for the country as a deadlier second wave showing no signs of abating.

The South Asian nation, which has the world’s second-largest outbreak, reported 314,835 new cases Thursday, pushing the total tally to almost 16 million cases. The U.S., which is the worst-hit nation globally, saw its peak one-day surge of 314,312 cases on Dec. 21 and has only reported more than 300,000 cases on two days since the onset of the pandemic. Infections in America are now on a downward trend helped in part by aggressive vaccination.

Covid-related deaths in India jumped to 184,657. The country has administered more than 132 million vaccine doses, according to data from India’s health ministry. That’s enough to cover about 4.8% of its vast 1.3 billion population, according to Bloomberg’s vaccine tracker.

The worsening outbreak threatens to derail the Indian economy that had just begun to recover after a nationwide lockdown last year pushed it into a historic recession. A new virus variant with a double mutation has also emerged locally, and concerns are growing that it’s driving the fierce new wave that is overwhelming India’s hospitals and crematoriums.

India’s total eclipsed the previous single-day high of 300,669 cases, set in the United States on Jan. 8, according to a New York Times database.

Over the past two months, the outbreak in India has exploded, with reports of superspreader gatherings, oxygen shortages and ambulances lined up outside hospitals because there are no ventilators for new patients.

The death toll has also begun to climb precipitously.

On Thursday, the Indian government recorded 2,104 deaths, and an average of more than 1,300 people have died of the virus every day for the past week. That is less than at the worst points of the pandemic in the United States or Brazil, but it is a steep increase from just two months ago, when fewer than 100 people in India were dying daily.

There are signs that the country’s health system, patchy even before the pandemic, is collapsing under the strain. On Tuesday, at least 22 people died in an accident in the central city of Nashik when a leak in a hospital’s main oxygen tank cut the flow of oxygen to Covid-19 patients.

The picture is staggeringly different from early February, when India was recording an average of just 11,000 cases a day, and domestic drug companies were pumping out millions of vaccine doses. More than 132 million Indians have received at least one dose, but supplies are running low and experts warn that the country is unlikely to meet its goal of inoculating 300 million people by the summer.