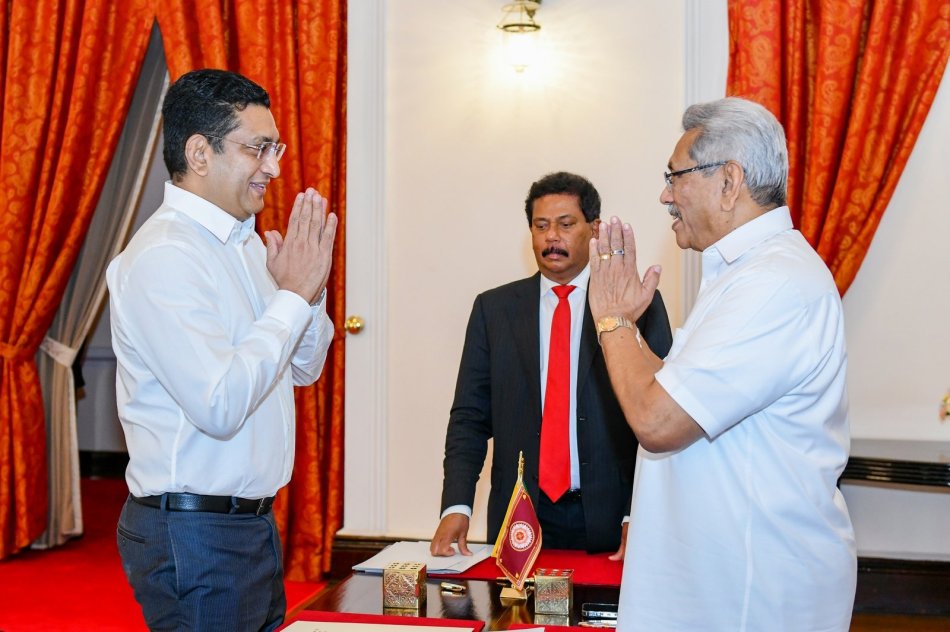 The Sri Lankan President Gotabaya Rajapaksa had dropped his brother as finance minister and sought a new central bank governor on Monday, as crowds angry over the country’s deepening economic crisis surrounded the homes of several lawmakers.

Sabry said in his resignation letter he believed he had “acted in the best interests of the country”.

In a letter to the President, finance minister Sabri said that he took up the job as part of a temporary measure.

“At this crucial juncture the country needs stability to weather the current financial crisis and difficulties,” he said in the letter seen by MDWLive.

“However, after much reflection and deliberation and taking into consideration the current situation, I am now of the view for Your Excellency to make suitable interim arrangement to navigate the unprecedented crisis fresh and proactive, and unconventional steps needs to be taken including the appointment of a new finance minister,” Sabry said in the letter.

Compounding to the confusion which already saw the Central Bank of Sri Lanka (CBSL) governor offered to quit on Monday.

CBSL Governor Ajith Nivard Cabraal said earlier on Monday he had offered his resignation as President Gotabaya Rajapaksa sought to form a unity government and find a way out of Sri Lanka’s worst economic crisis in decades.

Former CBSL official P. Nandalal Weerasinghe said on Monday that he had accepted an offer from Rajapaksa to become the central bank’s next governor.

Sri Lanka has been hit by a dollar drought with reserves dropping to $2.31 billion in February. The country is struggling to pay for critical imports including fuel, food and medicines.

Last week the Sri Lankan rupee fell 30% after the government allowed the currency to free-float, driving prices even higher.

What’s under cover in the Finance Ministry and CBSL prompting officials to ‘abandon ship’?

Sri Lanka’s economy is facing “mounting challenges” with public debt reaching “unsustainable levels”, the IMF has said, calling for urgent reforms in the island nation’s economy as it is facing the worst economic crisis. Sri Lanka is currently reeling under a severe foreign exchange crisis with falling reserves and the government is unable to foot the bill for essential imports.

Is something burning so bad that the public is not made aware? Is the situation untenable that there is no turning back?

One of the most pressing problems for Sri Lanka is its huge foreign debt burden, in particular to China. It owes China more than $5bn in debt and last year took an additional $1bn loan from Beijing to help with its acute financial crisis, which is being paid in instalments.

The island nation had debt and interest repayments worth about $7bn due this year, its finance minister Basil Rajapaksa told the Financial Times in January.

But analysts estimate that usable foreign currency reserves have fallen as low as $500mn. Among its more immediate challenges is a $1bn bond due in July, which many investors are sceptical Colombo will be able to repay without restructuring.

Sri Lanka is Asia’s largest high-yield bond issuer, borrowing heavily in the years following the end of its 2009 civil war. It has never defaulted.