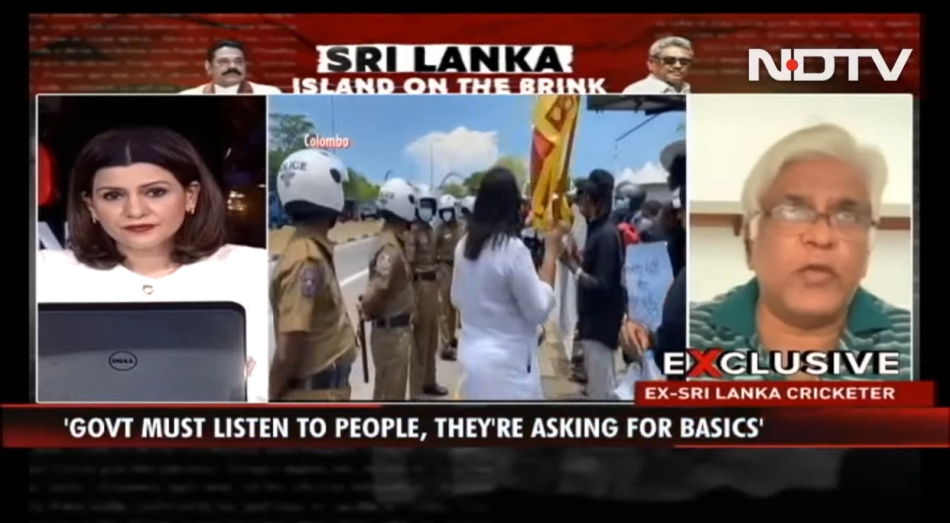 As Sri Lanka continues to spiral down in the economic and political mess with severe shortage of food, drugs and fuel, former cricketer Arjuna Ranatunga and former PM Ranil Wickremesinghe urge the government to listen to the people.
Mr Ranatunga says that he has not seen such protests in the country ever and insists that the agitation has been started by desperate people of the island and not the political parties. Mr Wickremesinghe blames the government policies for the unprecedented economic crisis that has gripped the country. [Via NDTV]