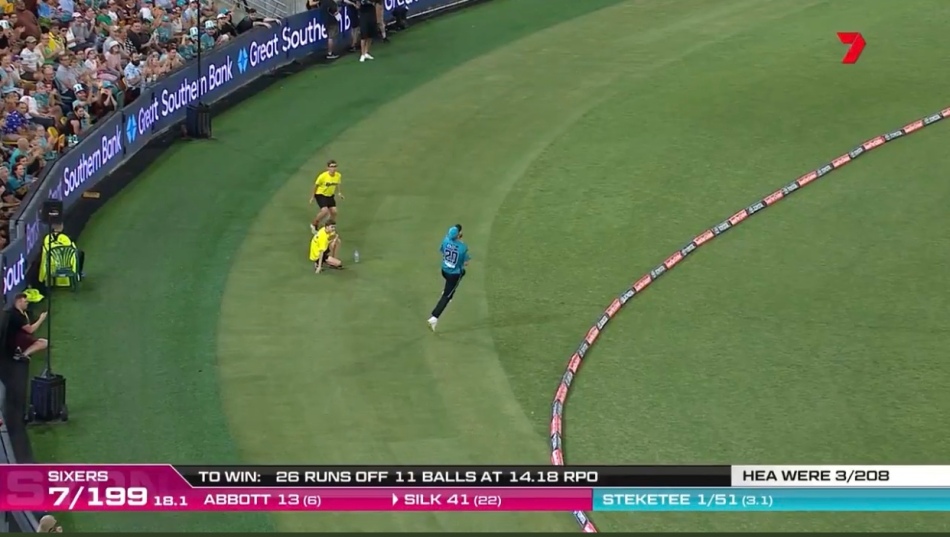 Josh Brown makes his own bats and he can wield them too after lighting up the Gabba to inspire the Brisbane Heat’s 15-run win over the Sydney Sixers with a whirlwind half-century.

The match had a sensational finish when Heat allrounder Michael Neser caught Sixers batter Jordan Silk (41 off 23 balls) in the 19th over just inside the boundary rope, threw it in the air, went outside the field of play and then tossed it up again while airborne.

He then completed the catch inside the boundary rope – all within the rules – as the Sixers got close to achieving a KFC BBL record run chase.

The key points are:

1) The FIRST contact must be inside the boundary, and

2) the fielder can’t be touching the ball and the ground beyond the boundary at the same time.