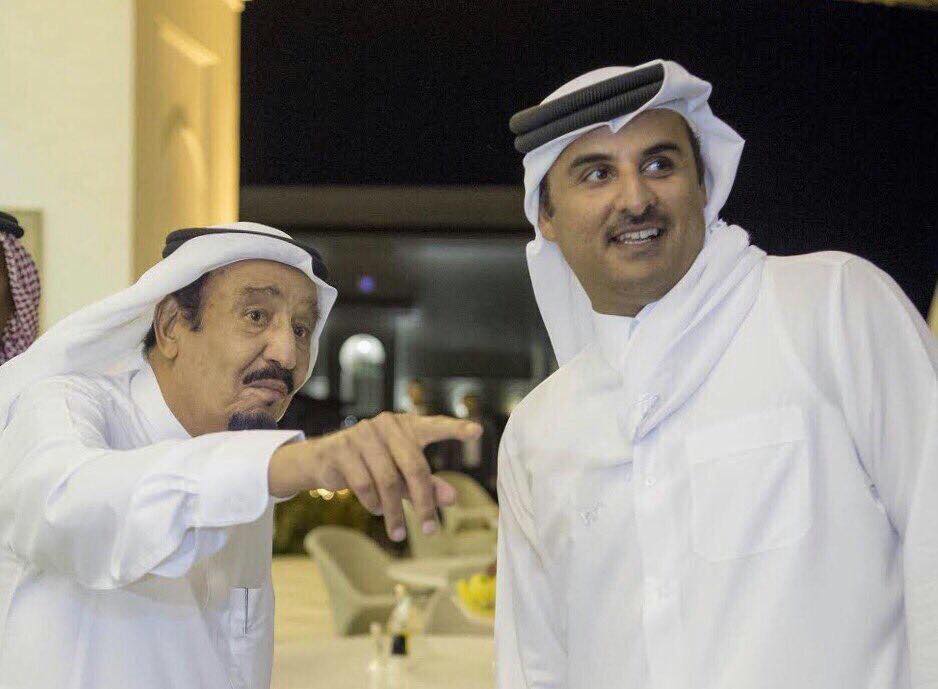 Nearly six months into the Gulf crisis, Saudi Arabia and the United Arab Emirates are attempting to mobilize tribal opposition as well as little known members of one branch of Qatar’s ruling Al Thani family in a bid to weaken, if not topple, Qatari emir Sheikh Tamim bin Hamad Al Thani.

The attempt, suggesting anything from constituting a dig at Sheikh Tamim’s popularity to thinking in some quarters about possible regime change in Qatar, comes against the backdrop of Saudi Arabia and the UAE’s failure to garner international support for their diplomatic and economic boycott of Qatar.

The international community has responded to Saudi Arabia and the UAE’s insistence that Qatar accept humiliating demands that would effectively curtail its independence with calls for a negotiated resolution. Qatar has said it wants direct talks with its detractors but would not compromise its sovereignty. The UAE and Saudi Arabia have insisted they would not use force to resolve the crisis.

Speaking in Washington in advance of talks this week with Secretary of State Rex Tillerson and members of Congress, Qatar’s foreign minister, Sheikh Mohammed Al-Thani, said his country was “well-prepared” for any military attempt to remove Sheikh Tamim from office. Sheikh Mohammed asserted that Qatar could count on the support of France, Turkey, Britain and the US. Qatar hosts the largest US base in the Middle East

“We have enough friends in order to stop them from taking these steps,” but “there is a pattern of unpredictability in their behaviour, so we have to keep all the options on the table for us,” Sheikh Mohammed said.

State-controlled media in the Saudi Arabia and the UAE, the two countries leading an alliance of financially dependent states that in June declared their boycott of Qatar, have promoted in recent weeks Sheikh Sultan Bin Suhaim al-Thani, a 33-year old son of former emir Sheikh Khalifah bin Hamad Al-Thani.

Initially, the media spotlighted a relative of Sheikh Sultan, Sheikh Abdullah bin Ali Al-Thani, who lives in Saudi Arabia, but more recently has focused attention on his nephew. Saudi and UAE media toted the two men as influential members of Qatar’s ruling family capable of solving the Gulf rift.

Resident in Paris, Sheikh Sultan is believed to have business interests in the kingdom. Sheikh Sultan’s SST Holdings was last year awarded an $8.8 billion contract for a 1.4 million square metre real estate development in Riyadh that would include a shopping centre as well as mosques, hotels, exhibition halls and artificial lakes.

Sheikh Khalifa was deposed in 1995 by his son and the father of Sheikh Tamim, Sheikh Hamad bin Khalifa al-Thani, who abdicated in 2013.

The Al Arabiya television network, in what appears to be a broadening of the Saudi-UAE effort, this week showed video of Sheikh Sultan addressing thousands of members of the Bani Hajer branch of the Qahtan tribe gathered in Saudi Arabia’s Eastern Province. Members of the tribe live primarily in the kingdom, but also in Qatar. Tribal members responded with seemingly lukewarm applause to Sheikh Sultan’s call for a purge in his home country and his urging of Saudi Crown Prince Mohammed bin Salman to ensure that Qatar does not become a safe haven for militants and corruption.

The broadcast was part of a Gulf media war that is pockmarked on both sides of the divide by inaccurate and sensational reporting that often is little more than blatant propaganda. The Gulf crisis was sparked by false news reports that attributed provocative statements to Sheikh Tamim that he apparently never made. US intelligence concluded that the fake reports had been orchestrated by the UAE.

Al-Arabiya founder and co-owner Waleed bin Ibrahim al-Ibrahim, a brother-in-law of the late Saudi King Fahd, is among prominent businessmen, princes and officials who were detained earlier this month in Prince Mohammed’s sweeping power grab under the mum of an anti-corruption campaign.

Sheikh Taleb bin Lahem bin Shraim, the head of the Qatari branch of another tribe, the Al Ghafran, fled to Saudi Arabia in September after Qatar stripped him and 54 of his relatives of their Qatari citizenship. Sheikh Taleb said he had been penalized for refusing “to insult the Kingdom of Saudi Arabia.”

Sheikh Taleb was one of several Al Ghafran tribal leaders who met with Prince Mohammed in early September. Sheikh Sultan al-Murri, who attended the meeting in Jeddah convened at the request of the tribal leaders, accused Qatar of resorting to “lies and attempts to distort the tribes of Qatar in order to tear up the tribal social fabric in favour of the minority of Iranians.” Qatar has a minority of Shiites and Qatari nationals of Iranian descent.

Relations between Qatar and the Al Ghafran have long been strained. Qatar revoked the citizenship of the entire Al Ghafran clan, some 5-6000 people, after ten of its leaders were accused of plotting a coup in cooperation with Saudi Arabia in 1996. More members of the tribe have lost their Qatari nationality since 2004.

Many have since won a reprieve, but thousands remain in limbo, according to Misfer al-Marri, a tribe member who lives in exile in Scotland. Signalling its support for the clan, than Saudi Crown Prince Sultan bin Abdulaziz Al Saud met in 2010 with the coup plotters after their release from Qatari prison.

For now, the promotion of opponents of Sheikh Tamim appears to be more of a public relations stunt and fixture of the media war than a serious challenge in a country that has witnessed a wave of nationalist sentiment in response to the boycott. Yet, the longer the Gulf crisis drags on and the longer Qatar sustains its refusal to accept Saudi and UAE demands, the more difficult it becomes to find a way out in which all parties can save face.

Dr. James M. Dorsey is a senior fellow at the S. Rajaratnam School of International Studies, co-director of the University of Würzburg’s Institute for Fan Culture, and co-host of the New Books in Middle Eastern Studies podcast. James is the author of The Turbulent World of Middle East Soccer blog, a book with the same title as well as Comparative Political Transitions between Southeast Asia and the Middle East and North Africa, co-authored with Dr. Teresita Cruz-Del Rosario and Shifting Sands, Essays on Sports and Politics in the Middle East and North Africa