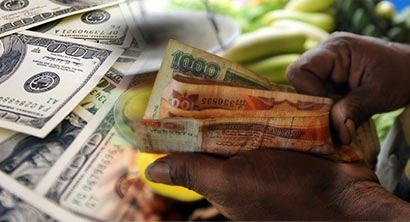 (Reuters) – The Sri Lankan rupee inched up after touching a record low on Wednesday, with dollar demand from importers offsetting limited selling of the U.S. currency by exporters earlier in the session, dealers said.

“The demand was there in and out. But buyers stayed away in the latter part of the day,” a currency dealer said.

Earlier this month, the country’s central bank governor said if the inflation rate could be maintained between 4 percent and 5 percent, the depreciation in the rupee would be around 2 percent or 3 percent.

Dealers said they expected no impact from the $2.5 billion inflow anticipated later this week in two tranches of sovereign bonds, the country’s largest offering in history.

The central bank has bought around $400 million from the market in the first three months of this year, to help build reserves and repay some debt.

Dealers said they expect the rupee to gradually weaken and face higher volatility this year due to debt repayments by the government.