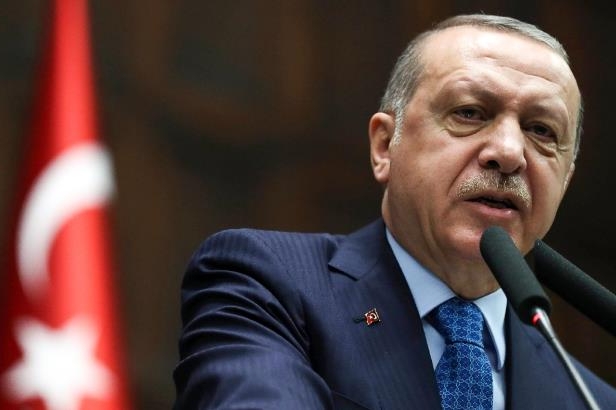 Turkish President Recep Tayyip Erdogan has called for snap parliamentary and presidential elections to be held on June 24, more than a year earlier than planned.

“As result of consultations with Mr. Bahceli, we decided to hold elections on June 24, 2018, a Sunday,” Erdogan said in an address at his presidential palace after meeting Bahceli.

The eagerly-awaited meeting between Erdogan and Bahceli started at 1030 GMT lasted only half an hour, the presidency said, without giving further detail.

Turkish markets rallied after Erdogan’s announcement in Ankara that the country will go to the polls June 24 to pick a president, almost certainly ratifying his hold on power. The result will complete the transformation of the political system of the region’s largest economy, eliminating the prime minister’s job and weakening the role of parliament.

“It has become a necessity for Turkey to overcome uncertainties as soon as possible amid developments of historical importance in our region as well as the cross-border operation we’re carrying out in Syria,” Erdogan said.

Erdogan’s ruling party has never called early elections in the nearly 16 years it’s been in power, and had repeatedly rejected speculation that it’d call them this year. Many analysts had predicted an early vote nonetheless, saying a deteriorating economic outlook and fighting in neighboring Syria would prompt Erdogan to change the date rather than risk re-election in a downturn.

Erdogan, who defeated an attempted coup in 2016, has also stoked nationalist fervor after launching an incursion into Syria in January. Turkish forces captured swaths of northwestern Syria from U.S.-backed Kurdish militants, including the Kurdish stronghold of Afrin. Turkey refused to return the territory it has captured to the Syrian government of Bashar al-Assad until after independent elections in Syria to make sure that territorial integrity of Syria remains intact.

Devlet Bahceli, leader of the nationalist party allied with Erdogan proposed on Tuesday that the vote be moved forward to Aug. 26 of this year from November 2019.

The polls in June will give Erdogan a chance to extend his stay in power with a new five year mandate, after already serving 15 years in power as premier and then president.

Erdogan has established a formal alliance with the MHP to fight the elections, making it hard for his party to dismiss Bahceli’s call out of hand.

MHP leader since 1997, Bahceli is seen as a kingmaker in Turkish politics.

He precipitated the 2002 snap polls that brought AK Party to power. The AK Party has ruled Turkey ever since.