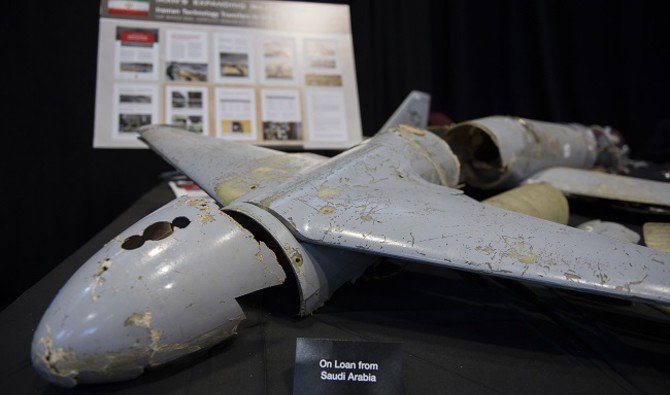 Emirati forces in Yemen intercepted a drone on Wednesday believed to be targeting Arab coalition forces deployed along the western coast of Yemen, the National newspaper reported.

The drone, which the military identified as an Iranian-made Qusaf-1, was carrying explosives. Military sources told Sky News Arabia that the intended target was coalition forces along the Red Sea coast making a push for the Yemeni port city of Hodeidah.

The Arab coalition is preparing for a renewed push to capture Hodeidah from the Iran-backed Houthi rebels.

The UAE, as part of the coalition, intervened in the Yemen’s civil war that began in March 2015. It backs the internationally-recognised government forces fighting the Iranian-allied Houthi rebels. Iran has denied supplying weapons to the Houthis.

“The Arab Coalition, led by Saudi Arabia, continues to counter these Iranian capabilities which pose a direct threat not only to the Yemeni forces and people, but also threaten the Red Sea Cost shipping lane’s movement, along with civilian infrastructure,” UAE state news agency, WAM, reported.

This could disrupt plans by United Nations’ special envoy to Yemen, Martin Griffiths, to present to the UN Security Council a peace negotiation framework within two months.

“Our concern is that any of these developments may in a stroke, take peace off the table,” he said on Tuesday.

“We all need urgently and creatively to find ways to diminish the chances of these game-changing events, upsetting and derailing the hopes of the great majority of Yemenis.”

Military movements of forces in Yemen are on the increase and the prospect of intense military operations around the Houthi-held port city of Hodeidah “may soon be forthcoming”.

News of the renewed push to capture Hodeidah prompted Yemenis, living under Houthi control in the city and the surrounding region, to flee their homes.