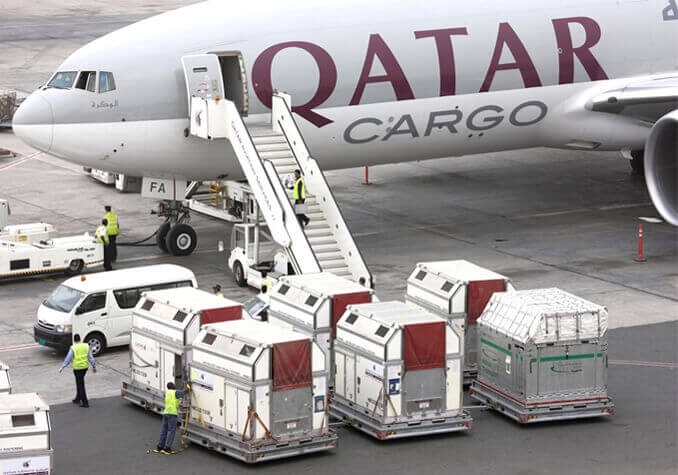 Qatar’s Hamad International Airport may be struggling with dropping passenger numbers amid a travel and trade ban imposed by rival Arab states, but the embargo has spurred air-freight volumes to record highs.

The closure of the Mideast nation’s only land border with Saudi Arabia has led to an airlift-style operation to safeguard the supply of goods and produce spanning fresh milk to industrial gear previously transported by truck, Badr Mohammed Al Meer, the airport’s chief operating officer, said in an interview.

Freight volumes at the hub, which opened in 2014, jumped 10 percent to 514,000 tons in the first quarter, according to the latest available figures. At the same time, the passenger tally slid 11 percent to 8.73 million and the number of aircraft takeoffs and landings tumbled 17 percent to 52,200.

Qatar Airways has scrapped flights to 19 cities in Saudi Arabia, the United Arab Emirates, Bahrain and Egypt as a result of curbs imposed by the countries on June 5 last year over their gas-rich neighbor’s alleged funding of terrorism and its links to Iran. Qatar denies the charges. The measures also mean carriers including Dubai-based Emirates, Abu Dhabi’s Etihad Airways, EgyptAir and Saudi Arabian Airlines no longer serve Hamad.

Prior to the embargo, the airport, which is owned by Qatar Air, had forecast a 20 percent jump in passenger traffic for 2017 versus 2015 levels. “Whatever we expected is not valid anymore,” Al Meer said in his office at the $17 billion hub, which is located on the shores of the Persian Gulf south of Doha.

The surge in air freight has been led by imports from countries including Turkey, Iran, Morocco and Australia, substituting for loads that would have been flown or shipped from the boycotting states or trucked in from Saudi Arabia. Qatar’s new seaport only opened in 2016, and the sheikhdom had largely relied on the trans-shipment of containers from Dubai’s main port in Jebel Ali. 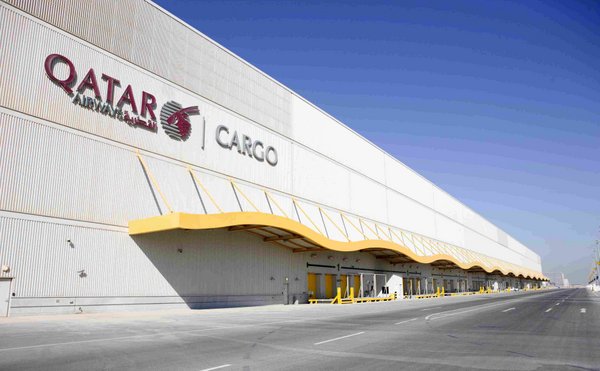 Qatar Airways, the world’s second-biggest cargo carrier, has 23 freighters, all of them wide-bodies, and in April placed on order for five more Boeing Co.777Fs each with a capacity of 102 tons and worth a collective $1.7 billion at list prices. The specialist fleet serves 60 destinations, while the carrier’s 200 passenger planes transport so-called belly freight to a further 150 locations.

Hamad airport is also pressing on with plans to double cargo capacity to about 3 million tons a year by 2020, Al Meer said.

In the passenger market, the hub’s woes go beyond the canceled regional routes, with Qatar Air’s services to African destinations including Khartoum, Lagos and Nairobi taking far longer as planes are forced into detours to avoid territory over which they’re no longer welcome.

Flights to South Africa can take an extra 75 minutes, while timings to some locations in Europe and the Asia-Pacific have also been stretched, according to Al Meer. The airline has had to become adept at switching between aircraft to suit demand and simulated flying conditions, helping to pare losses, he said.

Hamad has also attracted extra flights from India and Gulf states Kuwait and Oman, which remain on equitable terms with Qatar, and is still full at peak hours and operating well above its designed capacity of 24 million passengers a year, with about 35 million expected in 2018.

Plans to increase capacity to 55 million people annually by the time Qatar hosts the 2022 soccer World Cup remain on course and construction of a further terminal could ultimately take the total to 70 million next decade.