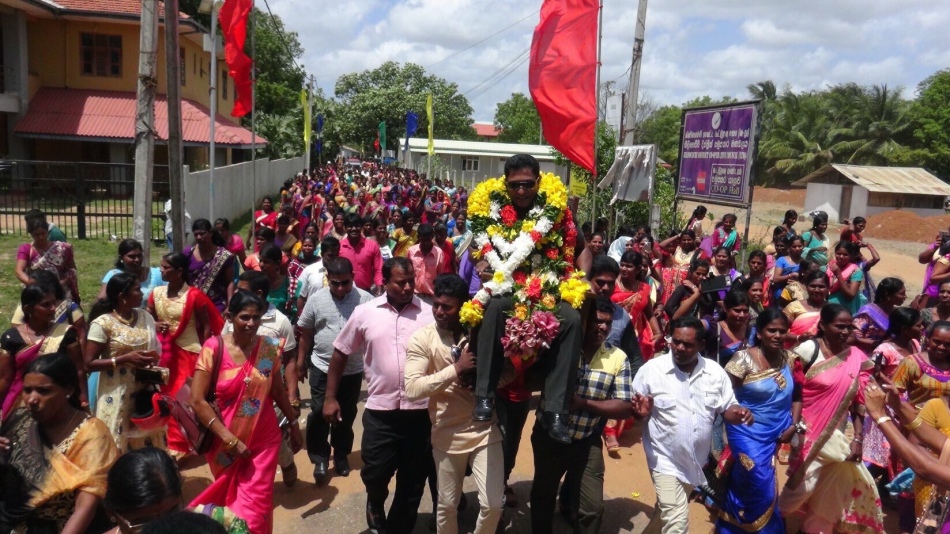 Sri Lankan Army Colonel Rathnapriya Bandu was given an rare emotional farewell by ex LTTE combatants and villagers near the Northern town of Kilinochchi today.

The Colonel was being transferred from Visuamaduwa to the camp of Ambbeypussa in central Sri Lanka,after completing his tenure.

The farewell ceremony warmed hearts of many in Sri Lankans and was a rare show of solidarity between the former war rivals of Singhalese and Tamils.

Among the emotional crowd that gathered were the former LTTE members who are now rehabilitated civil servant recruited to the Civil Defense Force.

After a 26-year military campaign, the Sri Lankan military defeated the Tamil Tigers in May 2009, bringing the civil war to an end. 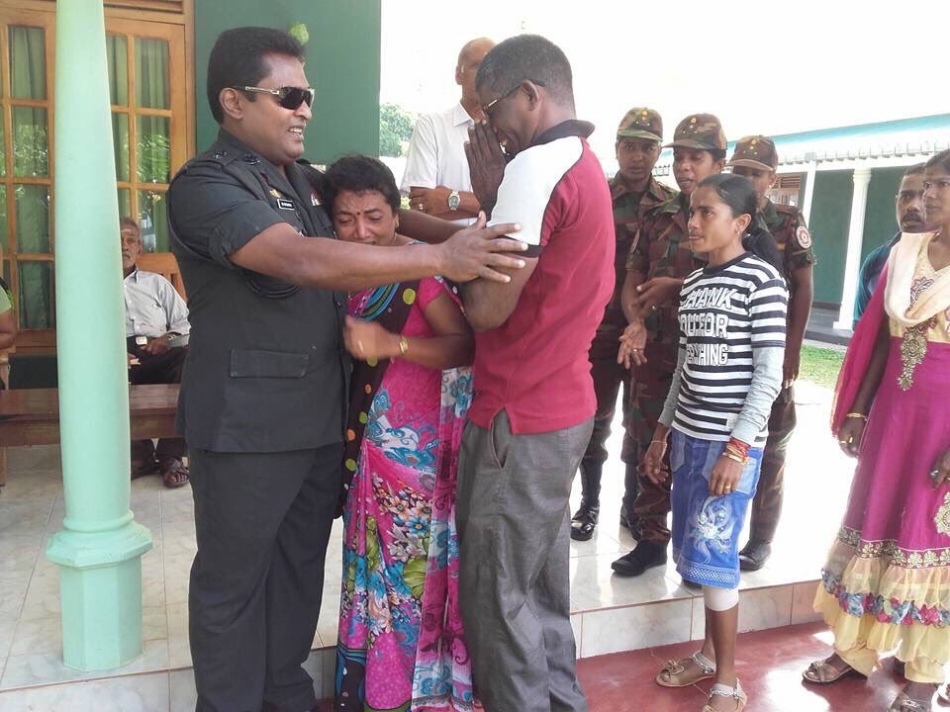 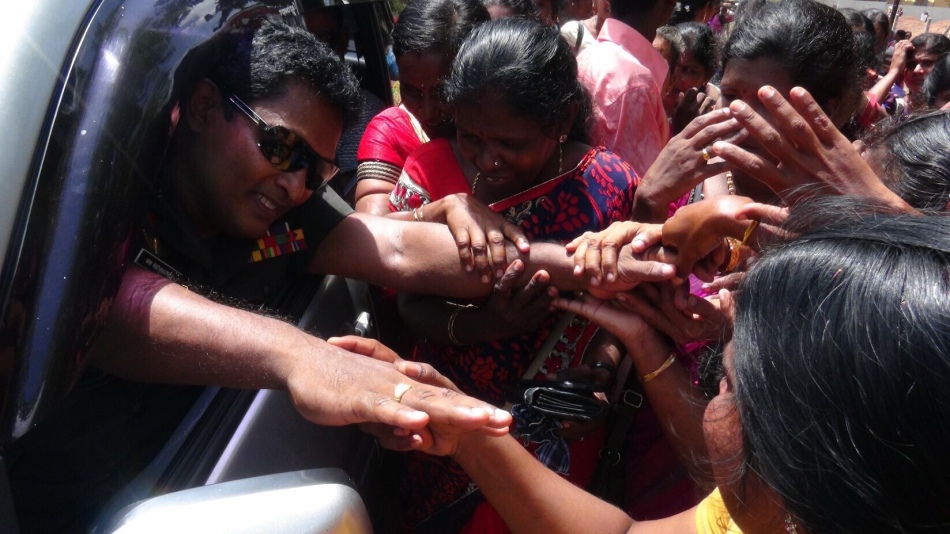 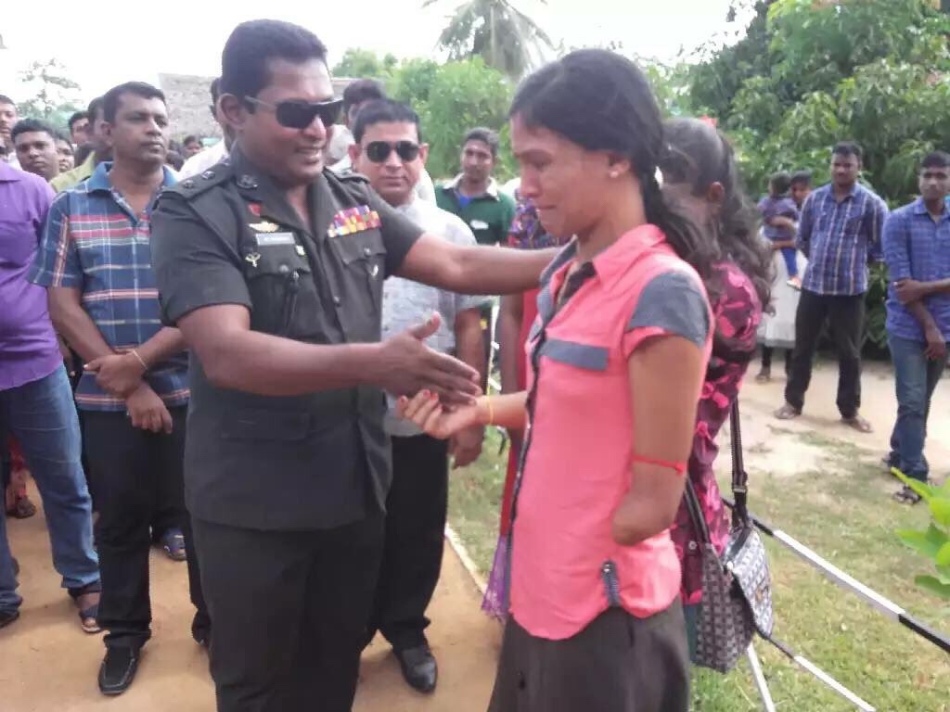