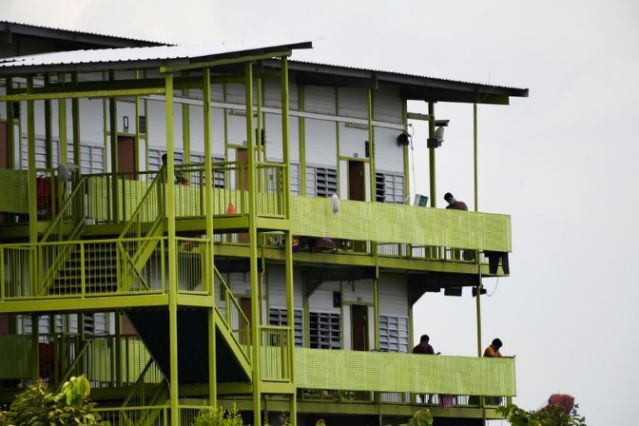 Singapore (AFP) – Singapore reported a record daily jump of more than 1,400 coronavirus cases Monday, taking its total to over 8,000, with almost all new infections linked to dormitories housing foreign labourers.

The city-state was initially successful in keeping its outbreak in check with a strict regime of testing and contact-tracing, but is now facing a fast-moving second wave.

Health authorities in the financial hub, which now has the highest number of infections in Southeast Asia, reported 1,426 new cases, taking its total to 8,014, including 11 deaths.

Cases have surged since authorities started carrying out widespread testing of foreign workers living in crowded dormitory complexes, many of whom are construction workers from South Asia.

Around 200,000 workers live in dorms and typically toil for long hours earning in the region of $400 to $500 a month building the city-state’s glittering skyscrapers and shopping malls.

Following criticism of poor living conditions in the dorms, the government moved thousands of workers to other sites — including apartments and floating accommodation usually used in offshore industries — to try to lessen the chances of infection.

Several dormitories with serious outbreaks have been quarantined, with workers not allowed to leave the premises for two weeks. The government is providing meals, and cleaning services have been ramped up.

Prime Minister Lee Hsien Loong at the weekend warned that the number of foreign workers found to have contracted COVID-19, the disease caused by the virus, is likely to rise further as more are tested.

“Fortunately, the vast majority of the cases are mild because the workers are young,” Lee wrote on Facebook.

While the government is working to stop transmission in the dorms “it will take some time to show results, so we must expect to see more dorm cases for while longer”, he said.

The city-state this month introduced tough restrictions aimed at halting the spread of the virus, including closing schools and advising people to stay at home.

Since then, the number of new infections reported among Singaporeans has slowed — only 16 of the cases reported Monday were citizens or people holding permanent residency status.