Russia welcomed the world to the World Cup on Thursday as cheerful fans streamed into Moscow and 10 other cities and President Vladimir Putin’s government derided Western efforts to isolate him.

The 2018 Fifa World Cup gets under way on Thursday, when hosts Russia face Saudi Arabia following an opening ceremony at Moscow’s Luzhniki Stadium.

While Western countries chose not to send senior representatives to the opening ceremony, there are no sporting boycotts like the one that marred the 1980 Moscow Olympics, or doping bans of the kind that excluded many Russians from the last two Olympic Games.

“Attempts at a boycott were doomed from the start,” Deputy Prime Minister Vitaly Mutko, a close Putin ally and long-time sports minister, told Izvestiya newspaper. “It shows how foreign politicians are sometimes cut off from real life.”

Putin, grappling with Western sanctions since seizing Crimea from Ukraine four years ago, will attend an opening ceremony at Moscow’s Luzhniki Stadium ahead of the first match of the month-long festival, pitting the hosts against Saudi Arabia.

The president, newly re-elected after 18 years in power, will listen to British singer Robbie Williams with what the Kremlin listed as an array of 15 foreign leaders — though that included eight from ex-Soviet neighbours as well as two from Russian-backed breakaway regions of Georgia.

Putin hailed the world soccer governing body FIFA for keeping to a motto of “sport without politics”. Speaking on Wednesday, as FIFA chose to host the 2026 tournament in the United States, Canada and Mexico, the Russian leader spoke of sport’s potential to promote “humanity without borders”.

“Russia in Centre Field”, headlined the state-run newspaper Rossiiskaya Gazeta. “The main victory is already won,” it said, praising an organisation effort that has seen a dozen stadiums built or modernised and a huge security operation put in place.

Who are the favorites?

No surprise here: Brazil and Germany. Spain and France aren’t far behind — though Spain just fired its coach two days before the country’s first game in the tournament, so that could change its prospects.

“We were like, ‘What is happening?’ The World Cup is starting tomorrow,” he said. “I hope the guys will be strong enough to manage that and to control themselves.”

“I root for Russia, because I’m a patriot, but I think that’s going to be over pretty quickly, so I’m also rooting for Brazil,” said Temirvan Khashev.

Who are some players to watch for?

Egypt has one of the tournament’s most exciting players, Mohamed Salah. He had a breakout season at Liverpool, where fans have created this chant: “If he’s good enough for you, he’s good enough for me. If he scores another few, then I’ll be Muslim too.” The Pharaohs are making their first World Cup appearance since 1990. Salah suffered a shoulder injury in the Champions League final, and team officials say it’s uncertain whether he’ll play in the opener.

South Korean forward Son Heung-min’s star is rising fast: The Tottenham Hotspurs forward is now the top Asian goal scorer in the history of the English Premier League. His agent told Time that Son wears a surgical mask in public in Seoul to avoid being mobbed. He turns 26 soon, and as The Telegraph reports, South Korea requires able-bodied men to start 21 months of military service before age 28 — a spectre weighing on the footballer and his fans.

France’s 19-year-old Kylian Mbappé, who grew up in the banlieues of Paris, has made a name for himself at Monaco and Paris Saint-Germain, and not only for his eye-popping transfer fee — second only to Brazilian star Neymar’s. Now he just needs to stay healthy.

Which country has the best uniforms? 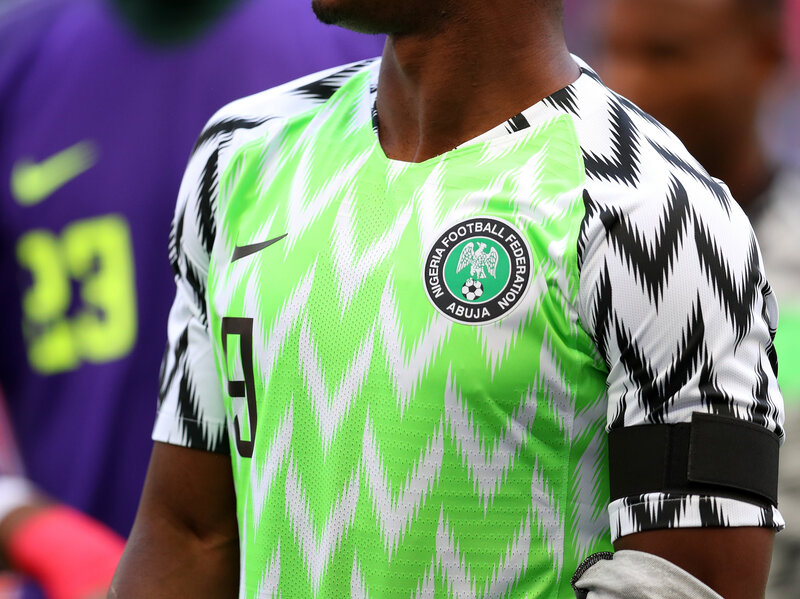 Pope’s got the World Cup Fever