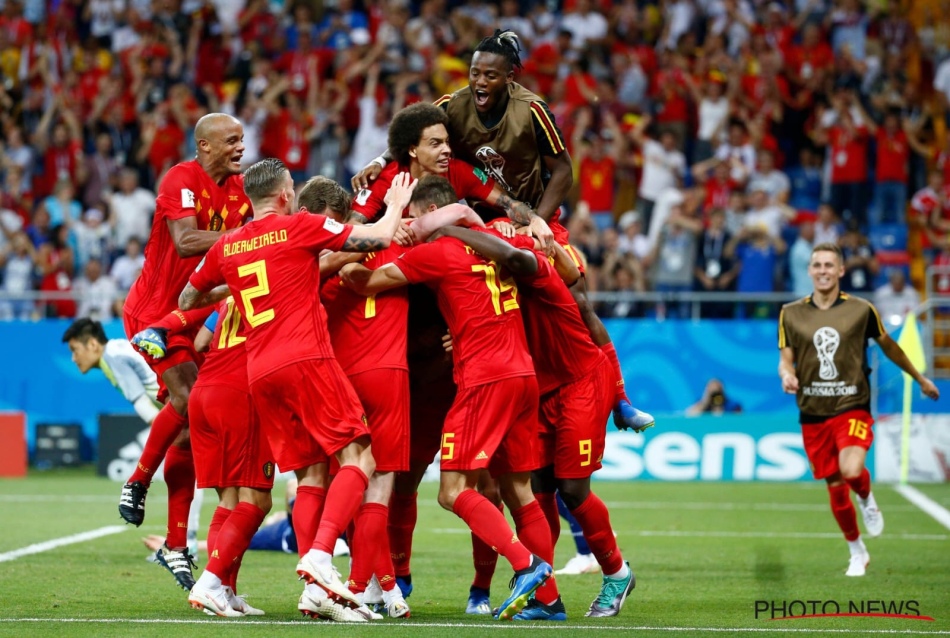 Not since Portugal all the way back in 1966 had a team managed to fight back from two goals down and prevail in a knockout match.

A last-minute goal Nacer Chadli capped a remarkable fightback for Belgium as they dumped Japan out of the World Cup in thrilling, not to mention historic, fashion .

After a turgid first half in Rostov, Monday’s last 16 tie sparked into life after the break.

Coach Roberto Martinez shuffled his deck, however, and after a freak goal from Jan Vertonghen, substitute Marouane Fellaini stepped up with a header to level the tie.

And in the final seconds, a slick counter from the Red Devils ended with Chadli, also a substitute, slotting home into the net to book a quarter-final meeting with Brazil.

Not only are Belgium through to the next round, but they have done so with the best comeback in a World Cup knockout round for more than half a century.

Not since Portugal in 1966 has a team come back from two goals down to win a game in the final phases; Eusebio’s men on that occasion recovering to defeat North Korea in the quarter-final stage.

Belgium, moreover, did so with two goals from substitutes, the first time this has ever ocurred in World Cup history.

Vertonghen too marked a milestone with his goal, a looping header from out wide that caught Japan goalkeeper Eiji Kawashima cold.

The Tottenham star now has the distinction of scoring the longest-ranged header in World Cup history, scoring from 18.6m.