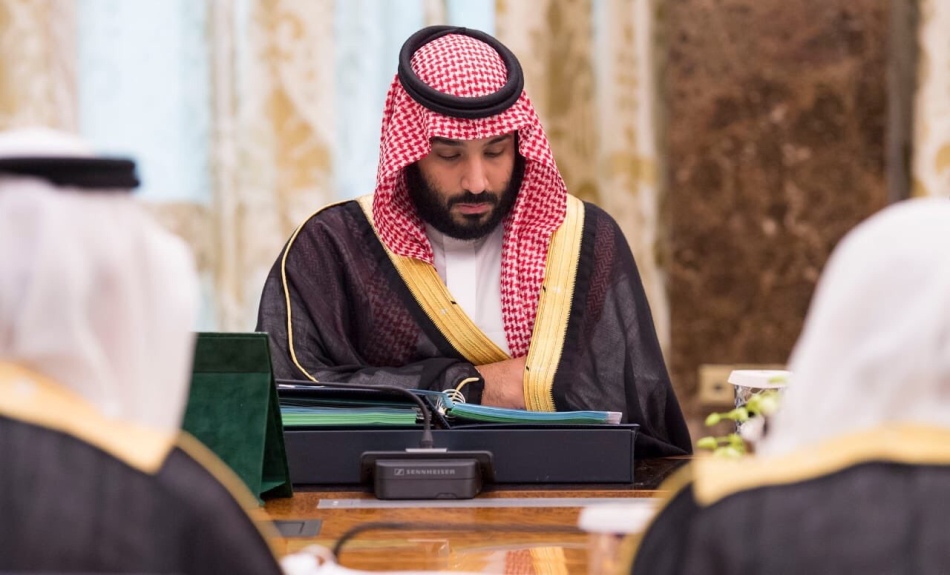 Saudi Arabia on Monday expelled Canada’s ambassador and recalled its own envoy while freezing all new trade and investments, after Ottawa denounced a new crackdown on women and human rights activists in the kingdom.

Riyadh also said it will relocate thousands of Saudi students studying in Canada to other countries, while state airline Saudia announced it was suspending flights to Toronto.

Experts said the move illustrates how the oil-rich kingdom is increasingly seeking to use its economic and diplomatic muscle to quell foreign criticism under its young de facto leader, Crown Prince Mohammed bin Salman.

“This is clearly an attempt to bully countries to tone down their criticism of Saudi Arabia,” James Dorsey, a fellow at Singapore’s S. Rajaratnam School of International Studies, told AFP.

“The question is: are they going to allow themselves to be bullied? They (critics) are not going to fall on their knees.”

Canada on Monday indicated it will not back down, despite the risk of imperilling business deals including a significant $15 billion agreement to sell Riyadh light armoured vehicles.

If the deal is scrapped, thousands of jobs could be lost in Canada, experts say.

But “Canada will always stand up for human rights, in Canada and around the world, and women’s rights are human rights,” said Canadian Foreign Minister Chrystia Freeland.

It came after more than a dozen women’s rights campaigners were detained and accused of undermining national security and collaborating with enemies of the state.

So far major Western powers including the United States — a key ally of Saudi Arabia — have not publicly come out in support of Canada, though it is not the first country to be targeted for speaking up.

In March 2015, Saudi Arabia recalled its ambassador from Stockholm over criticism by the Swedish foreign minister of Riyadh’s human rights record.

Earlier this year, Bloomberg News reported that Saudi Arabia was scaling back its dealings with some German companies amid a diplomatic spat with Berlin.

The move came after Germany’s foreign minister last November remarked that Lebanon was a “pawn” of Saudi Arabia after the surprise resignation of its Prime Minister Saad Hariri while in Riyadh.

But such an “aggressive and rash” stance towards Canada illustrates an “extremist foreign policy driven by the young crown prince”, Harb added.

Prince Mohammed has drawn criticism not just over human rights but also for pursuing a ruinous bombing campaign in neighbouring Yemen, which is in the grip of war and a humanitarian crisis.

Lashing out at Canada, Saudi Foreign Minister Adel al-Jubeir on Monday said the kingdom “will deal with any interference decisively”.

Some Saudi supporters bashing Canada on social media appeared to take that threat too far.

A pro-Saudi Twitter account stirred outrage when it invoked 9/11 imagery with a digitally altered image showing a plane flying towards the Toronto skyline.

The account later apologised and the image was reposted with the plane removed, but screenshots of the original tweet spread quickly.

Saudi Arabia appeared to have shut down the account on Tuesday.

“What we’re seeing… is (an) example of growing hyper-nationalism constructed in Saudi Arabia: vigorously defending sovereignty through punitive measures against transnational civil society groups and countries that support them,” said Diwan.

But proponents of Prince Mohammed’s aggressive stance say he seeks to avoid complications that could derail his highly sensitive social and economic reform drive — opposed by many arch-conservatives.

The 32-year-old crown prince, set to be the first millennial to occupy the throne in a country where half the population is under 25, has introduced a string of reforms such as lifting a decades-long ban on women drivers.

The prince “aims for change but is unwilling to be guided by other countries, nor establish quick change that could trigger the risk of conflict inside the kingdom,” Najah al-Otaibi, a senior analyst at pro-Saudi think-tank Arabia Foundation, told AFP.

“Of course Canada can continue supporting Saudi Arabia’s reforms, but through means other than pressure and criticism.”