The leaders of dozens of African nations are in Beijing this week for a major China-Africa cooperation summit that takes place every three years. African leaders have come away from these meetings in the past with billions of dollars in investment commitments from China. 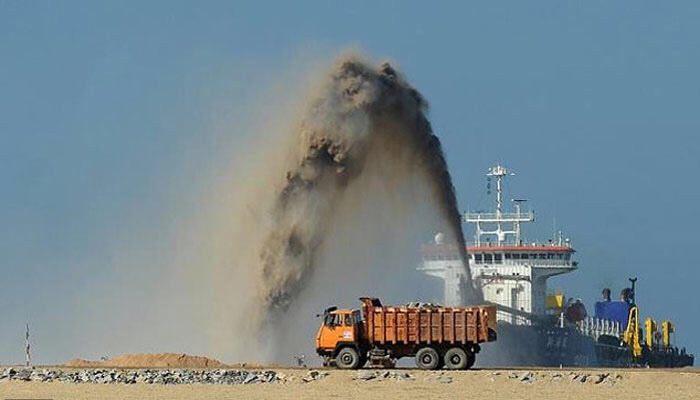 This year, China is expected to use the meeting, which began today (Sep. 3), to address concerns over transparency around its loans to African countries, and over the trade deficit they are racking up with China. At a business forum today, Chinese president Xi Jinping said China’s financing to Africa was not about “vanity projects” (paywall) but about “bottlenecks to development.”

The summit falls ahead of the fifth anniversary of a speech by Xi, where he unveiled his vision for a global infrastructure “Belt and Road” plan to foster trade, which has spurred an increase in lending for construction projects to developing countries all around the world.

But this week’s Forum on China-Africa Cooperation also comes amid growing concerns over the costs of being part of the Belt and Road grand plan, with Malaysia’s newly elected prime minister, for example, pushing back vocally against Chinese-funded projects it called too costly. Sri Lanka, for example, is left heavily in debt (paywall) because of its inability to repay Chinese loans for a port project, and in December gave China a 99-year lease and a 70% stake in the port in return.

Commentators in some African countries and think tanks have expressed worries about more countries ending up like Sri Lanka, and forced to cede control of key assets.

In an editorial in Kenya’s Daily Nation earlier this year, columnist Jaindi Kisero wrote: ”The Chinese will readily offer you infrastructure loans but you will only start feeling the pinch when the time for servicing the debt comes calling — and you realize that your economy is not raising enough dollars to repay it. If you are in doubt that we are gradually sinking into the Chinese debt trap, just grab a copy of the budget documents.” China is now Kenya’s largest bilateral creditor, accounting for 72% of foreign loans to the African nation.

Meanwhile, South Africa’s deeply indebted Eskom power utility, which provides nearly all the country’s energy, signed  a $2.5 billion loan from China in July, while the country’s president Cyril Ramaphosa is also looking to China to help with a stimulus package.

According to the Washington-based think-tank Heritage Foundation, many countries in the continent have taken on substantial new external debt in the last five years, leading debt levels to cross 50% of GDP, a threshold that some economists believe developing economies should remain below. Citing World Bank research, the think tank said a dozen sub-Saharan countries are experiencing debt distress or at high risk of it, up from seven in 2013. It also noted that China has made considerable new loans over that time period.

A report from the Center for Global Development (pdf), also based in Washington, pinpointed eight countries globally as being in danger of debt distress from Chinese financing, including Djibouti, where China has its only overseas military base and has financed an amount equivalent to 75% of the country’s GDP. John Hopkins University’s China-Africa Research Initiative (pdf) found Chinese loans to be a significant contributor to debt distress in three countries: the Republic of Congo, Zambia, and Djibouti.

China’s foreign ministry has criticized the idea that Beijing is doing anything different than other developed nations that lend.

“None of the African countries has once complained about being trapped in debt crisis because of their cooperation with China. On the contrary, many leaders of African countries have appraised China’s investment and financing cooperation with them and are looking forward to greater cooperation with China in this respect,” said foreign ministry spokeswoman Hua Chunying last week, noting that from 2000 to 2016, Chinese loans accounted for 1.8% of Africa’s foreign debt. “Why the money is sweet ‘money pie’ when it is offered by the Western countries but a dark ‘money trap’ when offered by China?”