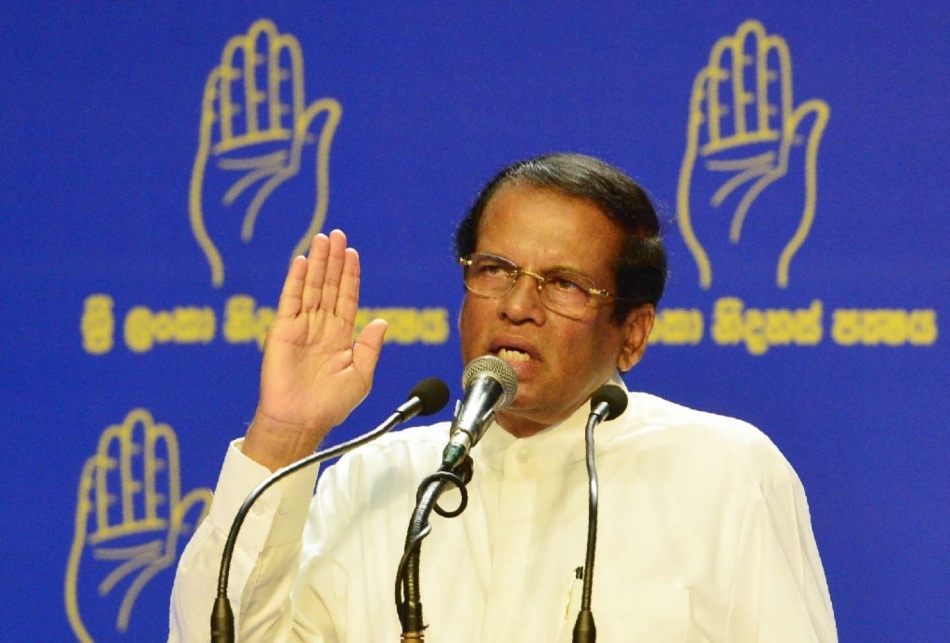 Sirisena said he appealed to Prime Minister Lee Hsien Loong in January to return Arjuna Mahendran, who is believed to be in Singapore, but nothing had been done.

“He assured me that whether the person is a Singapore citizen or not, they will take action,” Sirisena said Monday as he launched an anti-corruption drive in Colombo.

“Sadly, up to now, Singapore has not responded to my call.”

Mahendran, a Singapore national of Sri Lankan origin, was accused in 2015 of passing sensitive information to his bond-dealer son-in-law to make millions in undue profits.

The pair are accused of manipulating bond auctions in 2015 and 2016, causing losses of over $11 million to the state.

He said Interpol had issued a red notice for the arrest of Mahendran, but Singapore was not acting on the request.

In February last year, Mahendran was named a key suspect in a multi-million dollar bond scam. He fled abroad, failing to appear in court to respond to charges.

A damning presidential report into the scandal accused Mahendran of insider trading and recommended the state recover its losses from Mahendran and his son-in-law.

The country’s central bank also launched a forensic audit to ascertain the extent of insider trading during Mahendran’s tenure at the bank.

The fallout deepened acrimony between Sirisena and his coalition partner Prime Minister Ranil Wickremesinghe, who handpicked Mahendran to head the central bank in 2015.

The pair’s strained relationship collapsed entirely in late 2018, when Sirisena sacked Wickremesinghe, plunging the country into political chaos as both men competed for power.

Wickremesinghe was reappointed after months of limbo, when the Supreme Court intervened and ruled that Sirisena had acted outside the constitution by dismissing the prime minister and parliament.