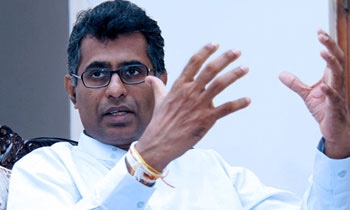 Minister of Megapolis and Western Development Patali Champika Ranawake speaking to media yesterday states that the President, Prime Minister & Opposition Leader Mahinda Rajapaksa should lay aside political differences and actively participate in the country’s Security Council given the recent spate of terror related incidents in the country.

Minister Ranawake also said that those who make hate speech & espouse acts of violence be it either individuals promoting Islamic, Buddhist or Christian extremism should be brought to book irrespective of their stature.

He also called for the immediate ban of the burka, taking into account the security challenges faced at present and added that the proposal was not against those who bear the Islamic fate.

The Minister particularly stressed that the Thawheed Jamat which has been identified as the organization which orchestrated the attacks backed by the ISIS as well as all splinter groups affiliated to it should be proscribed by law as terror outfits.

Ranawake also said that a Security Centre should be established in Sri Lanka, amalgamating under it all state intelligence services.