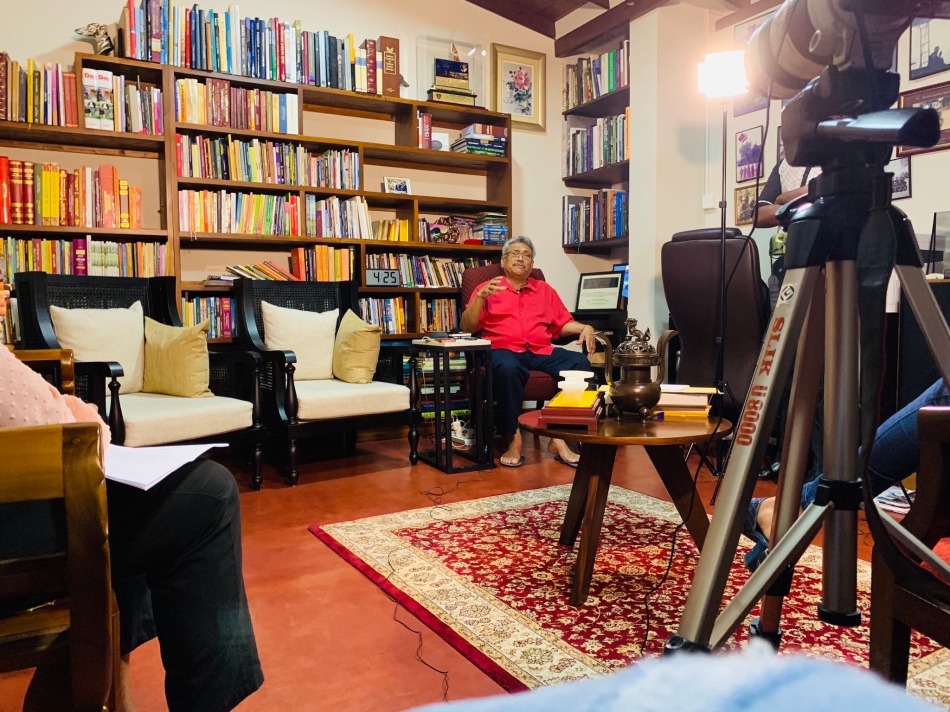 Sri Lanka’s former wartime defense chief, Gotabaya Rajapaksa, said on Friday he would run for president in elections this year and would stop the spread of Islamist extremism by rebuilding the intelligence service and surveilling citizens.

Gotabaya, as he is popularly known, is the younger brother of former President Mahinda Rajapaksa and the two led the country to a crushing defeat of separatist Tamil rebels a decade ago after a 26-year civil war. 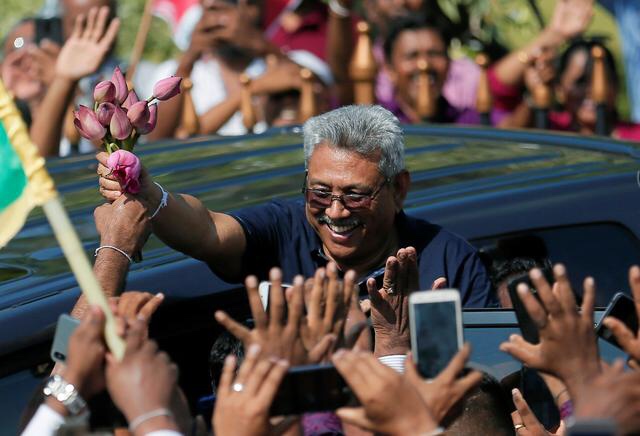 More than 250 people were killed in bomb attacks on hotels and churches on Easter Sunday that the government has blamed on Islamist militants and that Islamic State has claimed responsibility for.

Gotabaya said the attacks could have been prevented if the island’s current government had not dismantled the intelligence network and extensive surveillance capabilities that he built up during the war and later on.

“Because the government was not prepared, that’s why you see a panic situation,” he said in an interview with Reuters.

Gotabaya said he would be a candidate “100 percent”, firming up months of speculation that he plans to run in the elections, which are due by December.

He was critical of the government’s response to the bombings. Since the attacks, the government has struggled to provide clear information about how they were staged, who was behind them and how serious the threat is from Islamic State to the country.

“Various people are blaming various people, not giving exactly the details as to what happened, even people expect the names, what organization did this, and how they came up to this level, that explanation was not given,” he said.

On Friday, President Maithripala Sirisena said the government led by premier Ranil Wickremesinghe should take responsibility for the attacks and that prior information warning of attacks was not shared with him.

Wickremesinghe said earlier he was not advised about warnings that came from India’s spy service either, presenting a picture of a government still in disarray since the two leaders fell out last October.

Gotabaya is facing lawsuits in the United States, where he is a dual citizen, over his role in the war and afterwards.

The South Africa-based International Truth and Justice Project, in partnership with U.S. law firm Hausfeld, filed a civil case in California this month against Gotabaya on behalf of a Tamil torture survivor.

In a separate case, Ahimsa Wickrematunga, the daughter of murdered investigative editor Lasantha Wickrematunga, filed a complaint for damages in the same U.S. District Court in California for allegedly instigating and authorizing the extrajudicial killing of her father.

Gotabaya said the cases were baseless and only a “little distraction” as he prepared for the election campaign. He said he had asked U.S. authorities to renounce his citizenship and that process was nearly done, clearing the way for his candidature.

He said that if he won, his immediate focus would to be tackle the threat from radical Islam and to rebuild the security set-up.

“It’s a serious problem, you have to go deep into the groups, dismantle the networks,” he said, adding he would give the military a mandate to collect intelligence from the ground and to mount surveillance of groups turning to extremism.

Gotabaya said that a military intelligence cell he had set up in 2011 of 5,000 people, some of them with Arabic language skills and that was tracking the bent towards extremist ideology some of the Islamist groups were taking in eastern Sri Lanka was disbanded by the current government.

President Sirisena’s government sought to forge reconciliation with minority Tamils and close the wounds of the war and launched investigations into allegations of rights abuse and torture against military officers.

Officials said many of these secret intelligence cells were disbanded because they faced allegations of abuse, including torture and extra judicial killings.

Muslims make up nearly 10 percent of Sri Lanka’s population of 22 million, which is predominantly Buddhist.