BATTICALOA/COLOMBO (Reuters) – State schools in Sri Lanka resumed classes on Monday amid tight security after the Easter Sunday bombings, but many anxious parents kept their children at home over fears of more attacks by Islamic militants.

Two weeks after suicide bombings at hotels and churches killed 257 people, soldiers conducted a security sweep of schools on Sunday after state institutions were asked to re-open on a staggered basis.

Mid-to-upper stream classes resumed on Monday, to be followed by lower grades at a later date.

Despite the tight security and military patrols, most classrooms were near empty on Monday. Private schools, including Catholic institutions, remained closed.

“I have decided not to send my son to school until the country returns to normal,” said Sujeeva Dissanayake, whose son goes to the state-run Asoka College in Colombo.

She and other parents were at the school to help provide security.

“Until we are certain about the security situation outside we will not send the child to school,” Dissanayake said.

Islamic State has claimed responsibility for the bombings. 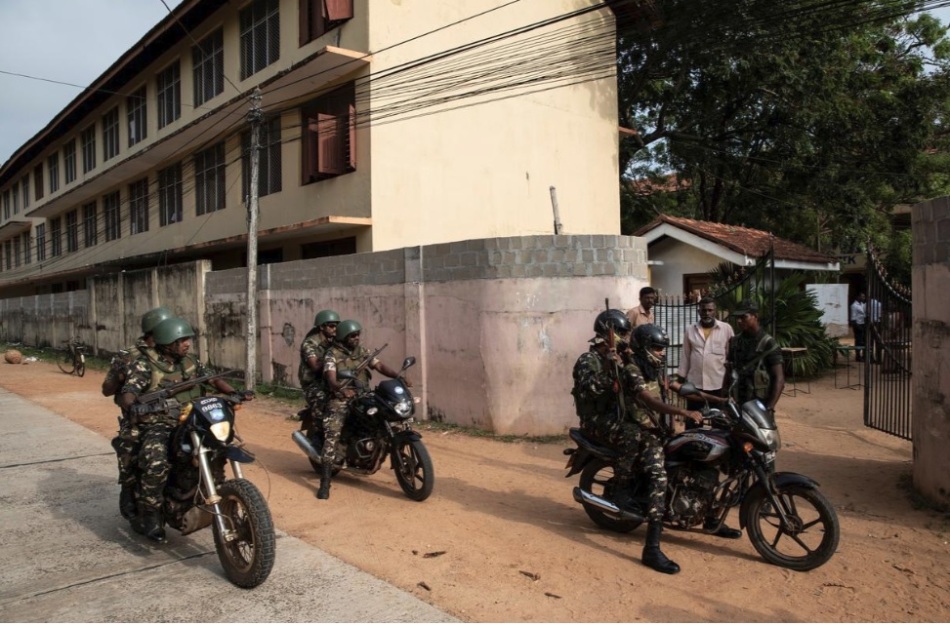 At Royal College, an elite state school in Colombo, the parking area usually filled with school vans on a normal day was practically empty.

Only about 5 percent of its 6000 students were back in classes, a school official said.

At a Hindu school in Batticaloa on the east coast, site of one of the church bombings, parents helped to search schoolbags at the entrance gate. Once inside, pupils sat in desks away from road-side windows.

“Parents are not confident that safety has returned to normal,” said T. Yasodharan, principal of Sivananda College where only 30 percent of its students showed up on Monday.

Security forces are on high alert after intelligence reports indicated militants could strike before the start of the Islamic holy month of Ramadan, which is due to begin later on Monday.

Muslim schools will be closed for the holidays.

In Negombo, where 102 people attending Easter Sunday service were killed in the deadliest bomb attack, authorities lifted an overnight curfew imposed after clashes between two groups of civilians.

A brief ban on social media platforms was also lifted, but authorities said they would stay alert for threats against the Muslim community in the wake of the April 21 attacks.

Archbishop of Colombo Malcolm Ranjith, who has criticized the government’s handling of security around key establishments, has asked for Catholic schools in the Western Province, which includes Colombo and its suburbs, to be closed this week.

Leading schools in Colombo have a put up notices at gates for persons entering school premises to refrain from wearing full-face helmet,Burqa, Niqab or carrying large bags. This one was seen at Zahira College Colombo while Bishops College also had issued guidelines. 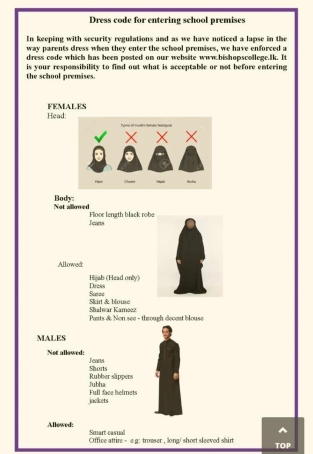