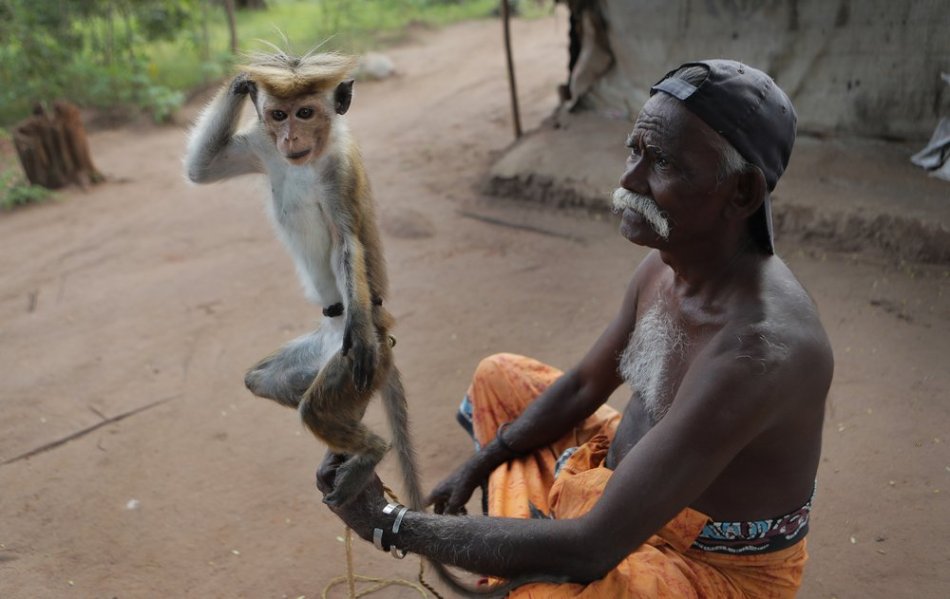 KUDAGAMA, Sri Lanka (AP) — Sri Lanka’s Telugu community, whose nomadic lifestyle has increasingly clashed with the modern world, is facing another threat that could hasten its decline: the COVID-19 pandemic.

Members of the smallest ethnic community in the country who speak Telugu language of South Indian origin did not have permanent addresses until 1981, when the government built them villages from where they traveled to make money by staging snake and monkey performances and offering palm reading.

Such shows attract foreign tourists, who take pictures with pythons and cobras.

“Now we can’t practice our job. Police and public health inspectors have told us not to get out of the village,” said Engatennage Podi Mahattaya, the village headman.

“Even if we get out, people are not attracted to us as they used to be,” he said. “They fear contracting the disease from us. Our movements are completely ceased as people do not allow us to get into their villages.”

These days, the younger generation spurns the old ways. Many young men prefer manual labor to snake charming that typically earns a person 3,000 rupees, or about $16, a day.

The older members of the community say the pause in the traditional livelihoods due to COVID-19 will only accelerate their decline.