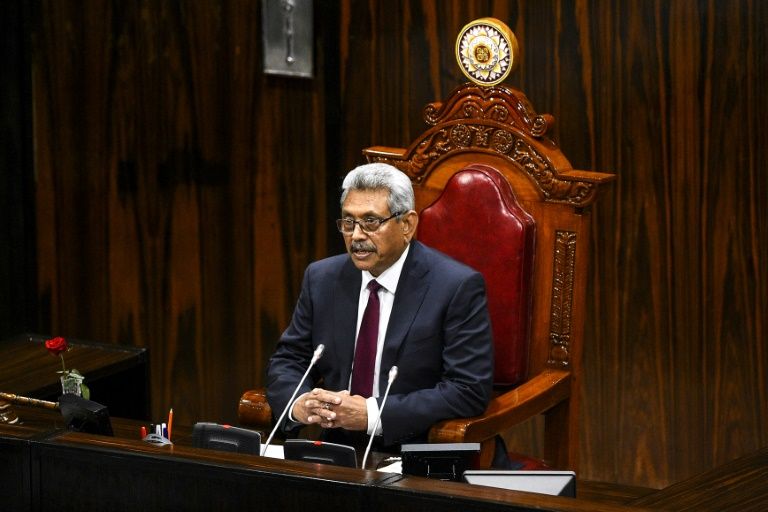 Sri Lanka’s parliament on Thursday voted to give President Gotabaya Rajapaksa widespread powers to appoint top officials and dissolve the legislature after an acrimonious two-day debate during which the opposition accused him of becoming a constitutional “dictator”.

The populist leader was elected president in November and swiftly appointed his brother, former president Mahinda Rajapaksa, as prime minister. Gotabaya was a key defence official when his brother was president in the decade to 2015.

One member of the ruling SLPP party broke ranks undermining the two-thirds necessary to pass the bill, but eight opposition defectors saw the legislation through.

The government, which gets political and diplomatic support from China, has said the bill seeks to strengthen Rajapaksa to implement a manifesto promising “strong leadership.”

However Justice minister Ali Sabry told parliament that some provisions granting greater immunity to Rajapaksa and removing financial oversight of state institutions were rolled back after a public outcry.

The president can now sack any minister, including the prime minister, and dissolve parliament after 2.5 years of its five-year term.

Under reforms introduced in 2015, the president was not allowed to hold cabinet portfolios and could sack the 225-member legislature only after 4.5 years.

“Our attempt is to enable the president to exercise people’s power once again,” Sabry said.

Rajapaksa will be able to appoint judges to superior courts and other key government positions, a function previously assigned to a parliamentary oversight panel which included independent commissioners.

Opposition legislator Gajendrakumar Ponnambalam said: “This bill not only leads to authoritarian rule, but a dictator.”

“Parliament will be a servile institution after this bill,” the leader of Sri Lanka’s main Muslim party, Rauff Hakeem, told parliament before the law was passed. “Tyranny crawls in quietly.”

“These are the same steps taken by Hitler of Germany in his early days of politics,” said S.M. Marikkar of the main opposition SJB party.

The powerful Rajapaksa clan has held sway over the island nation’s politics since 2005.

Rajapaksa has threatened to pull Sri Lanka out of the UN’s human rights council if it keeps accusing Colombo of war crimes, including the killing of 40,000 civilians while crushing Tamil rebels in 2009.