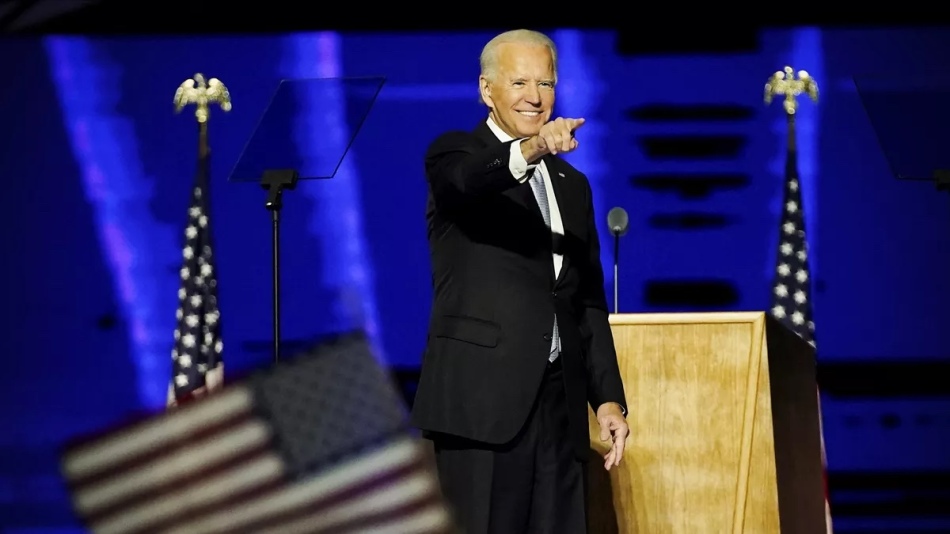 Joe Biden has vowed to unify Americans and heal deep divides across the country in his first speech since being named US president-elect.

He pledged to “work with all my heart to win the confidence of the whole people”, admitting to those who backed Donald Trumpinstead that “I understand your disappointment”.

Kamala Harris, the vice president-elect, introduced Mr Biden at their drive-in rally in Wilmington, Delaware, and, before he took to the stage, praised officials who oversaw election counts.

“You have protected the integrity of our democracy,” she said.

Acknowledging her historic role as number two in the new administration, Ms Harris predicted: “While I may be the first woman in this office, I will not be the last – because every little girl watching tonight sees that this is a country of possibilities.”

To rousing cheers from supporters parked up to watch, Mr Biden employed his traditional run up to the stage, and kicked off his speech by trying to draw a line under the tight win he clinched earlier on Saturday.

“I pledge to be a president who seeks not to divide but to unify; who doesn’t see red states and blue states – only sees the United States,” he announced.

“To make progress, we have to stop treating our opponents as enemies. They are not our enemies, they are Americans.”

Coronavirus was a major feature of his speech, with Mr Biden saying he would act quickly to get the pandemic under control and next week name a panel of experts to advise him “built on a bedrock of science”.

And he vowed to improve the country’s international reputation, adding: “Our nation is shaped by the constant battle between our better angels and our darkest impulses, it is time for our better angels to prevail.”

Mr Biden signed off with a vision of “a nation healed” and was played off the stage to songs including Coldplay’s “Sky full of stars”, while fireworks went off above and lit-up drones spelled out his name.

The Democratic candidate is projected to win the White House from Mr Trump, after breaking through in the key battleground of Pennsylvania.

Flipping the red state blue handed him 20 Electoral College votes, taking Mr Biden over the threshold needed of 270, followed by another win in Nevada.

He is also ahead by thin margins in Arizona and Georgia, as several counts continue.

Mr Trump is refusing to concede and has vowed to launch legal action, challenging the legitimacy of the result by claiming – without evidence – voter fraud and ballot stuffing on a mass scale.

He was playing golf when the announcement was made, and has since proclaimed “I WON THE ELECTION” on Twitter, also claiming he won the most legal votes of any presidential candidate – which is actually a record set by Mr Biden.What happens next as Biden prepares to assume presidency?

World leaders have already sent congratulations, with Prime Minister Boris Johnson saying: “The US is our most important ally and I look forward to working closely together on our shared priorities, from climate change to trade and security.”

Barack Obama, whom Mr Biden served as vice-president under, has warned the US “remains deeply and bitterly divided”, so Americans should “lower the temperature and find some common ground”.

Mr Biden has already launched his transition planning, so he can hit the ground running when he takes office in a few months.

After being inaugurated on 20 January, he will officially become the president and US commander-in-chief.

0 comments on “WATCH: Joe Biden pledges to be ‘a president who unifies’ in victory speech”