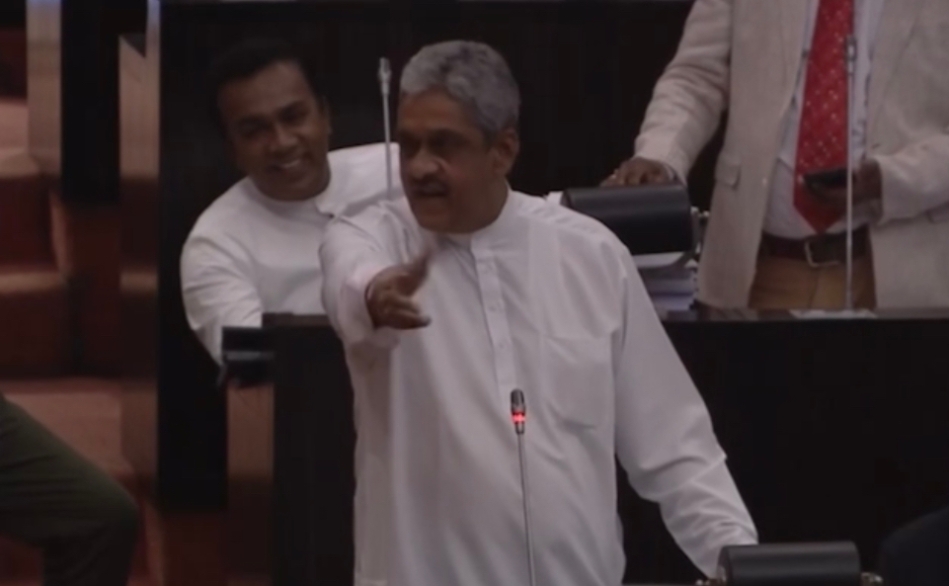 Parliament was adjourned for a short period on Thursday (08) morning following a heated exchange between government members and opposition.