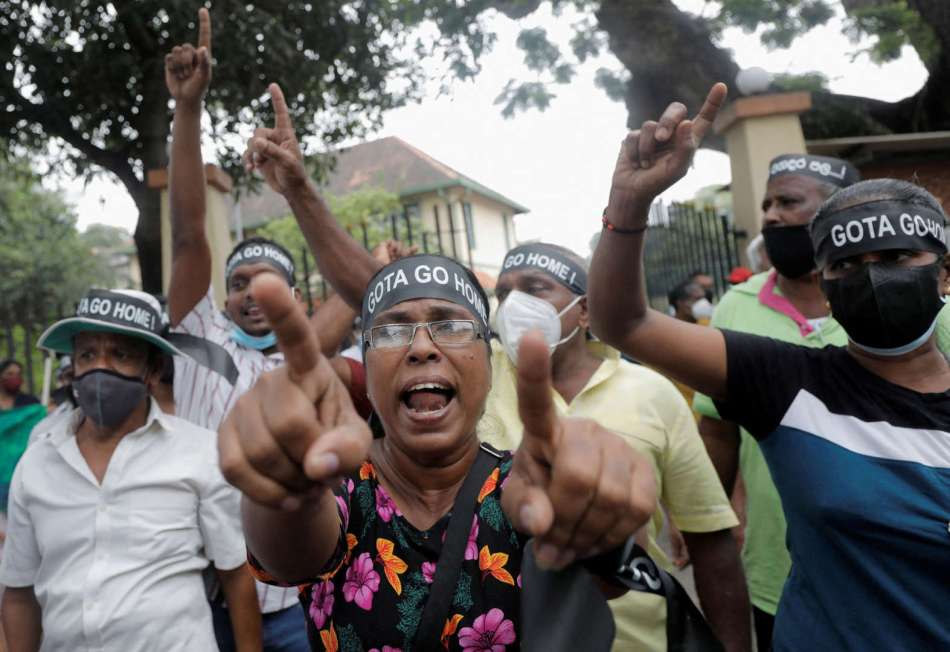 Sri Lanka’s rupee has plunged to a record low to become the world’s worst-performing currency, as President Gotabaya Rajapaksa struggles to contain a worsening economic and political crisis.

The Sri Lankan rupee was hovering near SLRs300 per US dollar on Wednesday, down 32 per cent year to date and lagging even Russia’s rouble, after Rajapaksa ended emergency rule just days after it was imposed.

Sri Lanka is facing a foreign exchange crisis as its government grapples with looming debt payments, widespread protests and an economic emergency. The backpedal on the emergency decree from Rajapaksa’s government came after his new finance minister, Ali Sabry, quit less than 24 hours into the job.

Sabry’s resignation was the latest in a rush of departures. The country’s entire cabinet quit over the weekend following nationwide protests over severe food and power shortages as well as runaway inflation. Central bank governor Ajith Nivard Cabraal, who was scheduled to oversee a policy meeting on Thursday, also resigned on Monday.

The hollowing out of Rajapaksa’s administration has stoked concerns over the country’s ability to secure help from the IMF to avoid defaulting on looming international bond payments. Previous finance minister and the president’s brother Basil Rajapaksa had been preparing to fly to Washington to discuss terms with the IMF prior to his resignation over the weekend.

“Things don’t look good. So much depends on whether they can get any IMF funding,” said Steve Cochrane, chief Asia-Pacific economist at Moody’s. “A stable government matters.”

Cochrane said raising interest rates could help curb inflation and potentially bolster the rupee. “But there are other factors driving inflation that the central bank has little control over,” he added, including commodity prices pushed upby Russia’s invasion of Ukraine, supply chain constraints and lack of foreign reserves to pay for imports.

Analysts said markets were focused on a $1bn sovereign dollar bond repayment due on July 25. On Wednesday, that bond was trading well below face value at a record low of $0.58, as doubts mounted over Sri Lanka’s ability to come up with enough dollar funding to make the payment.

That forced Sri Lanka to make interest payments on its sovereign bonds from dwindling foreign reserves, which have come under pressure during the coronavirus pandemic. The tourism sector, one of the island nation’s main revenue generators, has been hit particularly hard.

The IMF estimated in late February that Sri Lanka had only about a month worth of foreign reserves left.

“With the government in disarray, the prospects of securing an IMF package look bleak,” said Alex Holmes, Asia economist at Capital Economics. “That again elevates the chances that the government will eventually have to resort to a sovereign default”. [FT]